But an AI is only as good as its training data

Artificial intelligence (AI) is ready to be applied almost everywhere, according to speakers at DCD’s Webscale event in San Francisco today. The processing is carried out in data centers, and the applications include maintenance of hosting facilities themselves. But experts sounded a warning: AI results can be rendered useless if they are based on bad training data.

Machine learning and other forms of AI have taken off in the last three years, since algorithms were fully developed and huge data sets became available to train them on - along with GPU-based systems that were powerful enough to do the work. Among the beneficiaries of this explosion in AI are the data centers themselves, where intelligent software can manage the hardware better than humans. 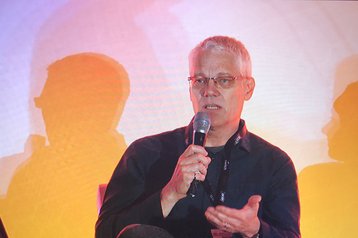 “AI is the new software model,” said Bob Ober, Tesla platform architect at Nvidia. ”It can be applied to almost anything. It has been applied to the Linux kernel, and has successfully been deployed to debug software.”

This will continue to gather pace as AI systems are embedded in specialized hardware, predicted Lloyd Taylor, vice president of cloud infrastructure at Autodesk: ”We can expect that inference engines will be reduced to hardware as we take trained neural networks, and implement in silicon.”

Amir Michael, vice president of infrastructure engineering at Salesforce, pioneered the use of AI to optimize servers by processing crowdsourced performance data while at Coolan, a startup purchased by Salesforce in 2016.

“The most valuable assets in a data center are the servers,” said Michael. ”We want every hour to be used. If it sits unused, that’s a loss.” To keep servers running, Salesforce is automating the remediation of server failures, he said.

The quality of the data set is crucial however. At Coolan, Michael found that servers from different vendors did not report problems consistently, so it took a lot of work to create a consistent data set.

“You have to realize that machine learning is effective because it has no preconceptions,” said Taylor, whose keynote presentation described how AI could be used to take risk out design and construction. “It is hard for us to see our own blind spots.”

He warned that carelessly chosen training data could effectively introduce those preconceptions: ”There is a danger if the training data set is highly biased.”