EdgePresence operates across eight US states

DataBank is investing $30m into EdgePresence, an owner and operator of multi-tenant modular data centers in the US.

As part of the investment, DataBank will gain access to the facilities at the base of cell towers, so it can colocate customer workloads at the Edge. 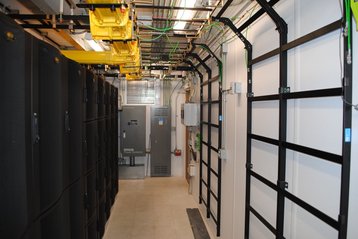 Investing in the Edge

Each EdgePresence facility features a 12ft by 30ft container with an IT capacity of 100kW. Formerly known as Modular Life Solutions, EdgePresence deployed its data centers across 20 markets throughout the US back in 2019.

Raul K. Martynek, DataBank’s CEO, said: “With the continued expansion of 5G and internet infrastructure, we are seeing the need for geographic-specific colocation solutions. EdgePresence’s modular installations will allow DataBank to deploy these targeted solutions for specific applications and use cases where traditional data center options are not optimal.

“The combination of DataBank’s expanded footprint with zColo facilities and EdgePresence modular solutions will allow us to offer customers almost unlimited geographic flexibility for their IT infrastructure.”

DataBank is a Digital Colony subsidiary; EdgePresence has previously partnered with fellow Digital Colony company Vertical Bridge, deploying at over a dozen of its locations.

EdgePresence founder and president, Doug Recker, added: “EdgePresence has been establishing an important beachhead at the ‘far edge’ since 2018. By joining forces with DataBank, we’ll act as a force multiplier for their edge data center strategy, helping to bring data centers closer to the data pools being created by users, enabling next-generation, data-localization strategies and applications for 5G and IoT.”

In September, DataBank acquired all of zColo's data center assets, totaling 44 data centers in 23 markets in the US and Europe. As per the deal, Zayo stayed on as an anchor tenant giving DataBank customers access to the telco's network.