The data center construction pipeline reached near-record levels by the end of 2020, totaling 611.3 megawatts in the US alone, with North Virginia accounting for half that amount at 326MW – an increase of more than 400 percent on 2019. 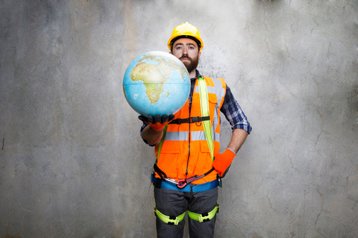 That’s according to JLL’s 2020 Year-End Data Center Outlook report, which also indicates that in Asia-Pacific, data center construction in India totals 196MW, but split between the cities of Mumbai, Chennai, and Hyderabad, with the latter enjoying state government support for infrastructure.

The report also examines what, exactly, is driving demand in each major center, with the data center market in Northern Virginia being overwhelmingly driven by the technology sector (54 percent) followed by cloud (37 percent).

In Europe, meanwhile, construction has been largely focused on the major financial centers, but with cloud leading demand.

A number of major cities in the US, according to JLL, can boast little or no data center construction. These include: Boston, Denver and Phoenix

In London, which JLL calls the most well-established data center market in EMEA, demand has been driven by the cloud sector to an even greater extent than in Northern California, with cloud accounting for 85 percent of demand with the tech sector, and banking and financial services, each accounting for just five percent.

“2020 marked a record number of planning applications for data centers in London and Slough, as well as a number of land deals. Lack of power and land availability is driving high land values in the core markets, such as Slough and West London,” the report warns.

Data center demand in Frankfurt is being driven by cloud, the tech sector and financial services in the same way as London, with Frankfurt overtaking Amsterdam to become the biggest colocation center on mainland Europe. However, pricing is being squeezed upwards due to high demand and consequent low vacancy rates.

2020 marked a record number of planning applications for data centers in London and Slough, as well as a number of land deals

The picture in India in terms of demand is more mixed, although cloud still dominates the market, but accounts for ‘just’ 43 percent of demand. However, the data center sector is set to more than double in terms of megawattage, with current inventory of 447MW to be joined by 196MW under construction and 364MW planned. However, vacancy rates are relatively high, at 67MW.

“[In India] The pandemic spurred additional demand for e-commerce, OTT, gaming platforms and work-from-home environment. However, cloud adoption, data localisation and the shift from captive to colocation continued to be secular growth drivers. Unexpected outages faced by the banking and financial services industry made it imperative to upgrade their IT infrastructure,” notes JLL.