Cyxtera is to exit its data center in Moses Lake, Washington, this month and will be charged around $60 million as a result.

“In February 2021, Cyxtera notified the landlord of the Moses Lake data center site, located in the State of Washington, of its intent to cease the use of the space,” the company said in its PRE 14A filing with the SEC ahead of its merger with Starboard Value Acquisition Corp.

Located in Moses Lake, Washington, the hydroelectric-powered CW1 site was built with an initial 5MW of capacity but the company previously said on its website it would support up to 80MW when fully built out. The facility is no longer listed as a location on the Cyxtera site.

Cyxtera says it plans to cease use of the property in June 2021, and will be charged $57-$62 million for breaking the lease. The company seemingly hasn’t made a public announcement about the exit or its effect on customers. In its most recent earnings call, Cyxtera said its west coast facilities, including Moses Lake, averaged 72 percent full. 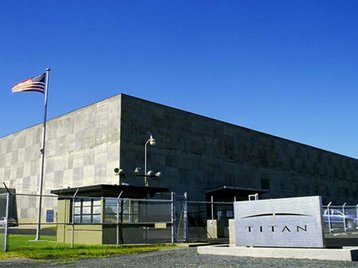 In February Cyxtera announced plans for a $3.4 billion merger with SVAC. The deal is expected to close in mid-2021. The ‘blank check’ shell company – also known as a Special Purpose Acquisition Company (SPAC) – was founded by the Starboard Value hedge fund, IPO’d in September and raised $360 million.

The Moses Lake site was reportedly one of the first purpose-built hardened data centers ever built, having initially served as a North American Air Defense Command Direction Center from 1958-1963. It housed an IBM S.A.G.E. computer system used to monitor and coordinate US air defense in the early years of the Cold War.

ServerFarm, the site’s owner, still lists the facility at 4949 Randolph Road as an available hosting location site. CenturyLink leased the site from ServerFarm in 2015, with Cyxtera being formed in 2017 when CenturyLink sold off its data center and colocation business to a consortium including Medina Capital Advisors and Longview Asset Management.

DCD has reached out to Cyxtera and ServerFarm for comment.

"Cyxtera continuously evaluates its data center portfolio to ensure that all of our assets are aligned with our long-term strategy. In this case, it was determined that Moses Lake was a data center that would no longer be included in Cyxtera's portfolio, and the decision was made to cease operations within that facility.

"As part of that process, we worked with all of our customers to offer them migration assistance to other Cyxtera facilities located in Seattle, Denver, or Dallas.

"Additionally, we’d like to clarify that the $60 million charge is a non-cash charge and Cyxtera will continue to pay its obligations under the lease agreement while ceasing operations at the facility."