As part of a planned European expansion

CyrusOne, a US-based REIT, has broken ground on the first phase of its third data center project in the Sossenheim district of Frankfurt, Germany.

Consisting of two four-story facilities, the site will have 22MW of power capacity spread across 11,500 sq m (123,786 sq ft) of technical space once fully built out. 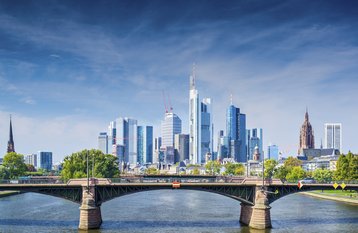 First Frankfurt, next the Netherlands

The two data centers are expected to be completed by Q2 2020 and will be located 500 meters (1,640ft) from CyrusOne’s two other facilities in the city.

“This will mark our third expansion facility in Frankfurt and I expect it will effectively be pre-leased by the time we complete construction next year," Tesh Durvasula, CyrusOne's European president, said.

“The demand we are seeing from US hyperscalers in Europe has been tremendous and we are seeing it accelerate considerably. This development, alongside our other expansion efforts in Dublin, Amsterdam and London, underscores our ambition to be the only hyperscale data center provider in Europe.”

CyrusOne announced their intention to expand in Europe late last year. On top of the third Frankfurt data center project, the company is working on building two data centers in Middenmeer, Holland, on a 100-hectare plot located in a business park 40km north of central Amsterdam.

The company is also looking to complete its London III facility by the end of 2019.