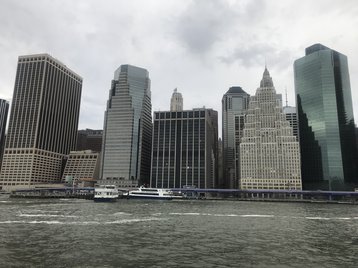 At the end of first quarter of 2019, COPT’s portfolio of single-tenant data center shell properties was made up of 19 assets with a total size of 3.1 million square feet. Six of those data centers are owned through a 50-50 joint venture formed with private investment firm GI Partners in July 2016.

COPT is a real estate investment trust that owns, manages, leases and acquires data center properties to support the United States government and its contractors, with the contracts mostly involving national security, defense and information technology firms. The company makes 89 percent of its core revenue from its portfolio of defense and IT locations.

Stephen E. Budorick, COPT’s President and CEO, said: “We are excited to form this new partnership with Blackstone, and believe this transaction demonstrates the strength of demand for strategically located data center shell properties leased to high credit tenants, as well as the strength of our development platform.”

Blackstone’s real estate business was founded in 1991 and has approximately $140 billion in investor capital under management.

Both sites will be built in Innovation Park - a site designated as the Data Center Opportunity Zone Overlay District, offering 10,000 acres of land for digital infrastructure projects. Construction on the first site has already begun.