The company develops digital signal processing (DSP)-based, multistandard wired connectivity silicon IP solutions, which it licenses out to other companies in a similar business model to Arm. 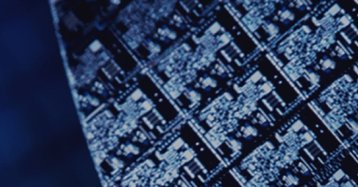 "Our designs are licensed by makers of silicon chips to enable their chips to communicate with each other. Put simply, our connectivity solutions enable chips to handle the massive amounts of data transmission that happen across all our connected infrastructure, from data centers and computers to wireless infrastructure and autonomous vehicles."

In its investor document, the company claims its customers already include "various leading semiconductor suppliers and OEMs and an increasing number of hyperscale data center operators" who design their own hardware for internal purposes, "including top tier global data center compute, ethernet switching and solid-state drive providers globally as well as emerging leaders in AI, 5G and autonomous vehicle technologies."

The company hopes to raise more than $500m on the London Stock Exchange, while investors BlackRock and Janus Henderson have agreed to buy $510m of shares at a valuation of $4.5bn - and then sell at least a quarter of the shares.

Alphawave also plans to set up a new R&D center in Cambridge, UK - home to the headquarters of chip designer Arm.

"A lot of people have called us the Arm of the connectivity business and that's a very fair analogy," Chairman John Lofton Holt told Reuters.

"We monetize in exactly the same way."