Colt Group has set 2030 as its target for achieving global net zero carbon for all its own operations.

Colt, comprising Colt Technology Services and Colt Data Centre Services (DCS), said it will reduce its Scope 1 and Scope 2 emissions by 46 percent by 2030 and ‘work closely with suppliers’ to reduce Scope 3 emissions throughout its supply chain. 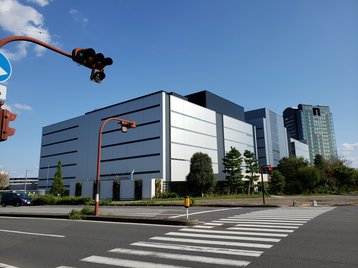 “As a business, we understand the urgency of taking action to drive positive changes in the technology industry and take full accountability for our emissions. I am thrilled to mark this milestone and commit to science-based targets,” said Keri Gilder, CEO at Colt Technology Services. “Colt’s goal line is clear: we aim to become a market leader in sustainability by not only reducing our own emissions but also assisting our customers in their own sustainability journeys.”

In February Colt said its UK and European operations were fully powered by 100 percent renewable power, via power purchase agreements. Across the UK and Europe, Colt DCS currently operates 17 carrier neutral data centers totaling more than 200MW. The company either operates or is developing another nine facilities across Asia in India, Hong Kong, and Japan.

The company has set a number of interim goals between now and 2030 to help it achieve targets approved by the Science-Based Targets Initiative (SBTi), including:

“Our business has a substantial impact on the planet, and I am delighted to announce that we are embarking on our journey to achieve global net zero carbon emissions for all of our operations in Colt DCS by 2030,” added Niclas Sanfridsson, CEO at Colt Data Centre Services. “ I have full confidence that we are well-equipped to take ambitious action in the decade ahead to meet the Paris Agreement and the Global Goals, having responded to the biggest industry challenges over the last 20 years.”

In 2018 the company announced nine out of those 17 European facilities were running exclusively on power generated from renewable sources, but said a reliance on nuclear power and an energy generation shortfall in France made it “impossible” for any data center provider to guarantee 100 percent renewable power, but had plans for renewable energy to meet the shortfall by 2023.

Data center companies that have set carbon neutral or carbon negative goals include Google, Microsoft, Amazon, Vantage, CyrusOne (though it has said 2040), ChinData, and STT GDC.