Cloudflare is rebuilding its CDN service on its Workers serverless API

The company is planning to extend the Workers API so it provides all the functions it needs, and then duplicate the Cloudflare content delivery network (CDN) on Workers, to create a new CDN which meets all Cloudflare's current needs and can be developed into the future, according to a job advert for a senior software engineer on the project -- codenamed Flame. 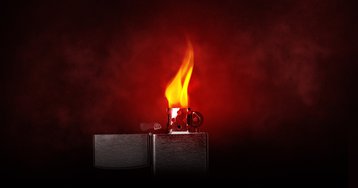 "We are building the future architecture for the Cloudflare CDN, based on Cloudflare Workers," says the job advert. "This involves working with the Workers platform to add fundamental capabilities where needed, and to provide a brilliant developer experience for the teams in Cloudflare building CDN logic."

CDNs evolved in the early days of the web, to speed up Internet results by caching content locally. More recently, they have become instrumental in providing fast response to applications. and are looking to carve out a role for themselves in the Edge, where applications like Internet of Things, gaming, and autonomous vehicles, are managed close to the source of data, outside of large data centers.

To run these applications at the Edge, Cloudflare offers Workers, an API to run "serverless" applications, and streamlined mobile code. Other CDNs have similar projects including Fastly's [email protected], DigitalOcean's Functions, and Akamai's EdgeWorkers.

Rebuilding its entire CDN on the Workers API is a bold step, and a strong example of a tech firm "eating its own dog food", as the industry saying goes.

The head of Project Flame will work with engineers across CDN to build control plane services for the new CDN platform. Much of this will be written in Go, and CDN components will be written using Typescript, Rust, and C++, the advert says.

As you'd expect, Cloudflare wants someone who's already developed commercial software, and who can run enterprise-scale services while keeping them stable. The job also needs a deep knowledge of web servers and web protocols, along with security issues, among other things - though some aspects can be picked up on the jobs.

Another major requirement will be to produce a version of the CDN that doesn't fall over. Between 2019 and 2021, all the major CDNs suffered outages, which brought down surprising numbers of Internet services, which unwittingly depended on the use of parts of their application delivered through CDNs. Among the major incidents, outages were suffered by Cloudflare, Akamai, and Fastly.

In 2021, Cloudflare announced it was raising $1 billion from investors, some of which may be being used for this project.