Cisco and Acacia Communications are entering a legal battle over whether or not a previously agreed acquisition deal will go ahead.

At the time of writing the courts have sided with Cisco and the deal is still happening despite legal challenges from Acacia.

The merger was originally announced in July 2019, with Cisco acquiring Massachusetts-based optical interconnect firm Acacia for $70 per share in cash in a deal totaling around $2.6 billion. Acacia staff were to join Cisco's Optical Systems and Optics unit within the wider networking and security business.

In July 2020 the deal had stalled due to the Chinese government’s State Administration for Market Regulation (SAMR) refusing to approve the acquisition.

On January 8th Acacia announced it was terminating the deal with Cisco after saying the merger failed to garner regulatory approval in China in the required time-frame, which had previously been extended to that day. 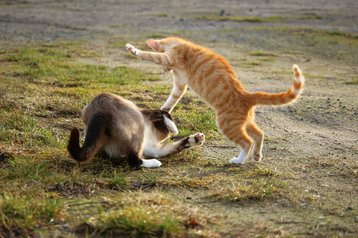 Cisco responded by taking the issue to court in order to force the deal through. The company said it was seeking confirmation from the Delaware Court of Chancery “that it has met all conditions for closing of its acquisition of Acacia Communications, including approval of China's State SAMR.”

Cisco was granted a temporary court order blocking Acacia from abandoning the deal. Bloomberg reports that the company's lawyer, William Lafferty, told the hearing Acacia was attempting to exit the deal because it believed its valuation had increased since the acquisition agreement and hoped to negotiate a more generous offer.

“It has every motivation to walk away and terminate the deal that it has struck and that is what is ultimately driving this,” Lafferty said.

On January 11 Acacia filed a counterclaim against Cisco arguing the company’s termination of the deal was as Chinese approval was a not obtained before the agreed-upon termination date under the agreement and that a January 7 email from a SAMR employee stating Cisco’s submission was “sufficient to address the relevant competition concerns” does not constitute regulatory approval.

In the meantime, due to the court order, the company says it “continues to be bound by the terms of the merger agreement...pending resolution of the litigation.”