China Telecom has inaugurated a new data center in the city of Jinchang, in China’s northeastern Gansu province.

According to IDCNova, China Telecom reportedly invested 70 million yuan ($10.8 million) and will support an initial deployment of 203 racks and 260 servers, and includes room for expansion.

The ‘Tianyi Cloud Big Data Center’ was developed in partnership with Zijin Cloud Data Center. The data center will reportedly help Jinchang in its development plan goals of becoming a digital hub and ‘smart city.’ 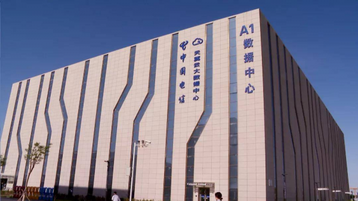 Located in the Gobi Desert, Jinchang has a population of over 450,000. According to Reuters, the city is making growing investments in digital infrastructure, as it tries to modernize after a lucrative nickel mining industry dried up.

Vice Mayor Gou Jun said the city was planning to spend up to 2 billion yuan ($283 million) in data center investment in 2020, following a 1 billion yuan phase in 2017. But the first phase of the project was only a third utilized by 2020, with many of China's remote data centers underused.

The region also suffers from a lack of skilled workers due to its remote location. “People don’t want to come to our place due to unfavorable weather and inconvenient transportation,” Jinchang’s vice mayor told the publication. “The lack of professionals is a big issue we face.”