The tenant is said to have renewed its lease for a period of twelve years starting in January 2018; and has replaced equipment and begun renovating the facility.

While the name of the tenant was kept anonymous, the facility's size matches that of one at 1 Gold Street, Bushnell Plaza. Carter Validus also noted that the building includes a display area on the roof for sculptures by local artists - which could well describe the Bushnell Plaza Sculpture Garden. A 2015 sales document lists Verizon as offering data center services from that location. 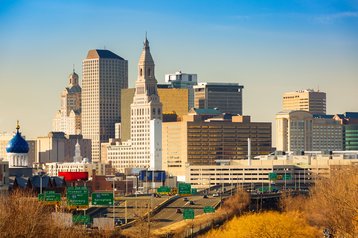 In October, it acquired another data center in St. Louis, Missouri for $3.2m, which was also fully leased – ostensibly by the same tenant occupying the Hartford facility.

Meanwhile, Carter Validus MC REIT sold off the last of its data centers in August, which Seaton said was “consistent with our strategy of pursuing liquidity for our data center assets,” once a portfolio worth $2.3bn.

Its successor, Carter Validus MC REIT II, continues to invest in data centers, of which it has 28 in total. These include facilities in in San Jose, Andover, Chicago, Sacramento (California), Elgin (Illinois), King of Prussia (Pennsylvania), Norwalk (Connecticut), Atlanta (Georgia) and Tempe (Arizona).