A few buyers remain in the bidding for Telstra's $276m data center campus in Melbourne, on sale as part of a $2 billion restructuring plan at the Australian telco.

The 340,000 sq ft (32,000 sq m) data center in Clayton, a suburb of Melbourne.is being sold and leased back, according to the Australian Financial Review. The contenders remaining in the second round include AMP Capital, Lendlease, Charter Hall, and Dexus. The six-year-old facility is being sold by UBS, a Swiss investment firm hired by Telstra. Telstra's campus comprises 10 buildings and a pair of newly constructed data centers with a 12MW capacity. 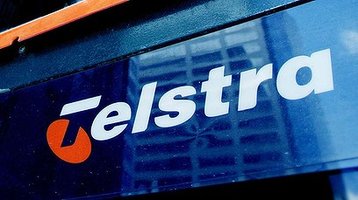 The deal will leave Telstra on a 20 year lease, on a so-called triple net basis, meaning the telco is responsible for all outgoings, repairs, maintenance, and capital expenditure.

According to The Australian Financial Review, Lendlease is looking to invest heavily in the data center market after signing a $1bn partnership with another investor, and Charter Hall is another likely candidate as it has a history with sale-and-leaseback assets. Charter is also familiar with Telstra as its part of a consortium that invested $700m in a trust that owns 37 of the telco's properties.

In August, Telstra revealed its profits had dropped by 40 percent to $2bn and the telco has slashed its full-year dividend by almost a third, this has prompted the company to sell off its assets in a restructuring program called T22.

This restructuring program includes cutting 9,500 jobs and gradually shifting towards 5G with the goal of raising around $2bn in revenue. Telstra has already sold its Singapore data center to BDx. The Melbourne auction is the next phase of the T22 project.

As another part of its restructuring, Telstra planned to sell off a chunk of telco assets codenamed Project Velocity. The news of the sale shook up the telco industry and Telstra had interest from other companies like NBN. However, it received the most interest from the much smaller companies Opticomm and Uniti.

In order to get more money for its assets, it tried to cause a bidding war between Opticomm and Uniti. Unfortunately for Telstra, this ended up with Uniti buy Opticomm instead. Telstra is faced with another rival company valued at more than $1bn, and Project Velocity was never bought by either Uniti or Opticomm.