BT workers to strike after union demands not met

Summer of strikes comes to telecoms

Workers at BT, the UK's largest provider of fixed-line, broadband, and mobile services will strike after union pay demands were not met.

Around 40,000 workers could be set to walk out, in the telecoms company's first strike in 35 years - and the first UK-wide call center strike in British history. Once the union issues strike notice, it must wait 14 days before it can carry it out. 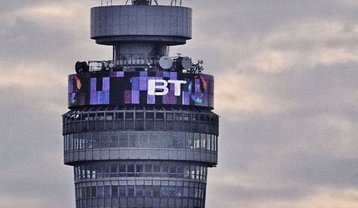 “BT Group CEO Philip Jansen has turned down our offer of talks to avoid the first national dispute since 1987,” the Communication Workers Union (CWU) said on Twitter.

“We will now prepare to serve notice for strike action.”

The union noted that CEO Jansen received an effective 32 percent pay rise, including bonuses and stock options, to £3.5 million. The company made £2 billion ($2.4bn) in profit last year and gave out £700m ($843m) in dividends.

A strike will hamper fiber and 5G rollout plans, and mean repairs will be delayed and outages will last longer.

BT was not immediately available for comment, but has focused its media releases on highlighting the potential impact to 999 emergency services calls.

When workers voted for strike two weeks ago, the company said "BT Group awarded its highest pay rise for frontline colleagues in more than 20 years - an average five percent increase and up to eight percent for those on the lowest salaries.

"Our job is to balance the competing demands of BT Group's stakeholders and that requires careful management, especially in a challenging economic environment."

The UK faces increasing industrial action amid a cost of living crisis. Last month, transportation ground to a halt with the largest rail strike in 30 years, along with strikes to London's TfL services. More rail strikes are planned.

Criminal barristers shut down courts by going on strike for two days, and are now in the midst of a four-day walkout. Court security staff have also voted to go on strike after a pay offer would have given them 27 pence an hour over national minimum wage.

South London parking wardens went on strike in June and July, and plan another strike next week.

Managers at postal service Royal Mail are set to strike next week, while teachers, NHS workers, and others have all threatened strikes as bills outpace pay.

British Airways check-in staff at Heathrow have begun voting on a pay offer after organizing and threatening strike action, with the union recommending they accept the new deal.

Conservative MP Jonathan Gullis called rail strikes "a politicization from the communists and Putin apologists who want to use this opportunity to bring this country to a halt."