Over unspecified services disagreement from two years ago

"The subject matter of the claim relates to an incident that occurred almost two years ago and the cause of the incident was identified and rectified at that time," Ark commercial director Simon​ Burrage told DCD. "We are defending the claim and are in communication with our insurers, our third party suppliers and Boeing to ensure that the claim will be professionally managed to a conclusion."

Further details about the lawsuit, first reported by The Sunday Times, are not yet known. Boeing declined to comment.

Not the nicest start to a new year 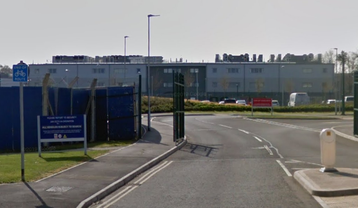 Boeing Defence UK, a subsidiary of beleaguered US aerospace giant Boeing, filed the suit against Ark subsidiary Ark Data Spring Park Limited at the end of 2019.

The facility at the center of the lawsuit, in Spring Park, is set on a 38-acre campus based in Corsham, Wiltshire. Built to Tier III standards, the site was previously owned by the Ministry of Defence, and is currently used by the MoD, Ministry of Justice, UKCloud, and others. Boeing is listed as a customer in a 2017 blog post.

Spring Park is home to five data center buildings, three of which were operational in the summer of 2019. Each consists of multiple data halls, with a little under 200,000 sq ft of white space available in total.

The company also operates a data center in Cody Park, Farnborough, and is building a facility on the outskirts of London. In December 2019, the company acquired land in Longcross, Chertsey for a 385,000 sq ft data center.

The purchase came after Ark took out a £450m loan with ING for expansion projects.

Boeing is currently dealing with the aftermath of the disastrous 737 Max aircraft, where a rushed design led to two plane crashes, costing 346 lives. The company expects the 737 Max to lead to as much as $10bn in losses.