Bringing the cloud giant's total number of availability zones to 69

As per the cloud provider's standard practice, the Bahrain region will consist of three geographically separate availability zones. 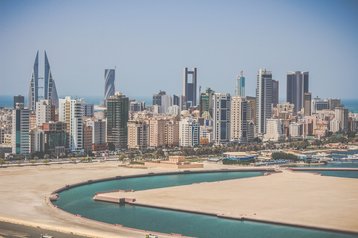 Though this is AWS’ first Middle Eastern region, it is not the company’s first foray into infrastructure in the area. AWS has already built an Edge network in the United Arab Emirates with locations in Dubai and Fujairah. The cloud provider has also funded AWS training camps in Middle Eastern universities, and works with incubators and accelerators in the region to give them AWS credits and training.

With the addition of the Bahraini zone, AWS now operates 69 availability zones across 22 regions globally. The company has plans for nine more availability zones across three more AWS regions in Indonesia, Italy, and South Africa. Much like the Bahraini region, AWS constructs Edge networks in the countries it plans build regions in - Jakarta, Palermo and Johannesburg all already have AWS Edge locations.

Andy Jassy, CEO of Amazon Web Services, said: “Today, we are launching advanced and secure technology infrastructure that matches the scale of our other AWS regions around the world and are already seeing strong demand in the Middle East for AWS technologies like artificial intelligence and machine learning, data analytics, IoT, and much more.”

The Bahrain Information & eGovernment Authority (iGA), which is responsible for ICT procurement for the Bahrain government, said that it aims to migrate a third of all government entities onto AWS’ cloud.

Mohammed Ali AlQaed, iGA’s chief executive, said: “Bahrain is committed to becoming a country in the cloud and we will be able to accelerate our journey with the launch of the AWS region in Bahrain. By December of this year, we will have 30 percent of all 72 government entities migrated to AWS and by June 2020, we expect to have most government data centers shut down.”

AWS first announced its plans for a region in Bahrain in 2017; at the time Salman bin Hamad Al Khalifa, crown prince of Bahrain, said: “Today’s announcement is a significant moment for Bahrain and the region. For the Kingdom, the expansion of regional cloud capacity builds upon a business environment that is already driving innovation and entrepreneurship, using technology to accelerate economic diversification in Bahrain.