Microsoft has brought online its first data center regions in the Middle East.

The two United Arab Emirates (UAE) regions, in Abu Dhabi and Dubai, open today, and will offer Azure and Office 365 services from local data centers. Dynamics 365 (customer relationship management) and Power Platform (business intelligence and workflow) will be available from the regions later this year. 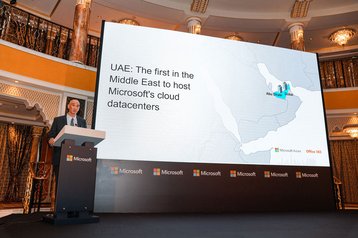 UAE is the best entry

Microsoft first announced these regions in March of last year. Competitors Google and AWS both have plans for data centers in Saudi Arabia, but Microsoft beat out the two cloud giants to become the first of the big three to open data centers in the Middle East.

Sayed Hashish, general manager for Microsoft Gulf, told Gulf News: “It made sense for us to base our first Middle East data centers in the UAE to capitalize on the position the country has achieved. We’ve had a lot of demand from customers, whether it’s government or the commercial sector, for data centers that are close to them

“With the expected increase and adoption of technology that we’re seeing, and with the increased reliance on cloud versus on-premise, this is an area that becomes very important for users. If you’re my customer and you’re asking me a question and it takes three seconds for the service to respond, that’s not acceptable.”

In January of this year, DCD reported that Microsoft had obtained permission from the Qatari cabinet to build a public cloud region in the Gulf country. The Qatar region has not been formally announced by Microsoft and does not appear as an announced region on Azure’s website.