Considerations on moving data to the Middle East 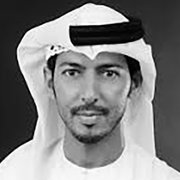 The data center market in the Middle East is still considered immature. At the moment, there are only a few reliable data centers available due to the heavy investment involved in building them, as well as the lack of carrier-neutral local and global players in the market. Today, we see the market mainly driven by telecom providers who are providing data center solutions as part of their transformation - from the traditional telecom products to more generic information and communication technology (ICT) products. However, most of these telecom providers are not carrier-neutral and the data center is not necessarily a core focus for them, as opposed to connectivity.

All countries require reliable data centers to host critical data; especially those that are either home to many SMEs and large enterprises, or that have geographical advantage to form a data hub with easy access to connectivity infrastructure, such as submarine and terrestrial cables.

In the Middle East, Saudi Arabia and UAE are two of the most important countries to consider. They host the majority of enterprises in the region, are supported by the government when it comes to new technologies and are also centrally-located to access most of the submarine and terrestrial networks in the region.

Oman also has aspiration to develop a data hub and has recently made an enormous investment in submarine infrastructure. It is currently working with a global data center player to develop its own infrastructure to help position itself as one of the data hubs linking Europe to the Middle East and the Far East. Amazon has also recently announced that it will be building three data centers in Bahrain.

As for the sectors, the government leads the way. They are working towards consolidating their infrastructure and many plan to rollout smart governments, smart cities and blockchain technology. The financial industry is equally important; banks are becoming more flexible in outsourcing to colocation.

Blockchain is a tool that will supercharge artificial intelligence (AI) and Internet of Things (IoT) to make everything from supply chains to digital identity management smarter and more protected, but it will require the whole ecosystem to play a role to make it viable. Should they implement this technology properly, banks could be looking at serious savings. 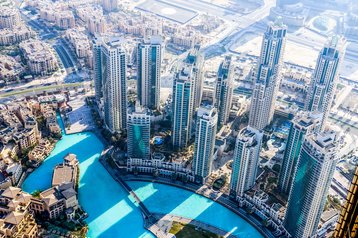 What is special about the UAE?

As international companies look to host within the region. data sovereignty and latency issues will be key driving factors. The United Arab Emirates (UAE) is viewed as an attractive ICT hub; technology infrastructure is key to its innovation strategy and the wider UAE Vision 2021.

The country is fully capable of providing secure and resilient infrastructures to ensure minimum risks and maximum uptime. Having a data center in the region allows companies to focus on their core business, without having to worry about how and where their data is stored.

As data centers strive to deliver efficiency that can bring value to clients, one of the most challenging tasks in a hot and dry environment such as the UAE, is cooling. The more advanced and efficient cooling technology is, the lower the power bill and the more environmentally-friendly the data center will be. Khazna has facilities in Abu Dhabi and Dubai, which aim to be 40 percent more energy efficient than a typical data center in the UAE.

In cold climates such as Northern Europe and some parts of the USA, data centers providers rely on fresh air as a main source of cooling or “free cooling” with chillers to compensate during the summer season. However, here in the Middle East it is quite the opposite, and most data centers rely on the chiller almost 100 percent of the time.

Khazna's facilities have adopted higher delta temperatures and use water cooled chiller systems with an option to trigger “free cooling” when outdoor temperatures drop in winter, reducing the Power Usage Effectiveness (PUE) to a target of 1.6, reducing power bills.

Modern indirect evaporative technologies require only one third of the water supply compared to traditional economizers. They are available as single units without the need of mechanical cooling.

Data is a weapon

Data is a powerful weapon that can have severe ramifications on privacy, cyber security and even the economic growth of a country, if it falls into the wrong hands.

There is no international consensus on data sovereignty, so countries are entitled to make the privacy and data-hosting laws as lenient or as strict as they like. Thus, businesses have to comply with several different legal systems if they wish to transfer personal data across borders.

In Europe, for example, the EU General Data Protection Regulation (GDPR) extends the scope of the EU government’s control over personal data, by regulating “all companies processing the personal data of data subjects residing in the Union, regardless of the company’s location.” This means that personal data originating from the EU can’t be transferred to countries that are deemed not to provide an adequate level of protection, including the US, unless the data is covered under agreed rules.

The UAE government has not yet implemented a specific data protection regulation. Instead, the government relies on several different regulations, including the Regulating Telecommunications Law which protects telecoms consumers in the UAE, the Cyber Crime Law and certain clauses within the Penal Code and Constitution, to maintain a stringent control over data within its borders.

In the UAE, as in many places around the world, all data is not equal. Public organizations, for example, cannot have their data leave the UAE, presumably because their data would be government related and therefore be considered vital to national security.

This local storage clause also applies to a wide array of other sectors - notably the healthcare, financial and education sectors - that are considered strategic and sensitive in nature, and would thus require increased protection. Other countries like Saudi Arabia have adopted similar approach.

I am certain that each country within the Middle East has its own approach to the subject but we see more countries being reluctant to host and process critical data outside their boundary.

Hear the latest from Khazna at DCD>Middle East