The plots are located along highways 33, 51 and 3 leading away from the city, local paper La Nueva reports. The areas are codenamed “Tango Sur,” “Tango Centro,” and “Tango Norte."

Bahia Blanca mayor, Héctor Gay, broke the news in an interview with the paper. He said that Amazon now has one year to begin work, after the transaction closed on Thursday (October 24). The project will cost an estimated $800m and the government believes it will pump $400m into the Argentine economy. 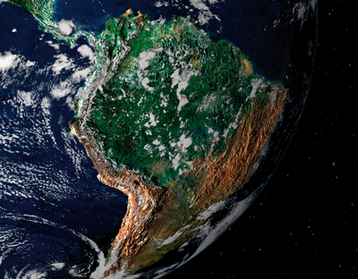 When two tribes go to war

The Argentinians passed the "Knowledge Economy Law" earlier this year - promising generous tax breaks for tech firms moving into the country. AWS will be given a 15 percent income tax rate and cheaper energy and labor costs.

As previously reported, Argentina faced off with neighbor Chile over attracting the Seattle-based company. The company may have been dissuaded by the Chilean finance minister Felipe Larraín Bascuñán's July 2018 pledge to tax the 'Digital Economy.'

Most recently, AWS has benefited from tax breaks specially granted to tech firms and data center providers as it expands its cloud infrastructure.

Earlier this week in Oregon, regional authorities agreed to grant the tech firm a 15-year tax abatement for property levies. AWS now has several facilities planned near the Washington border. 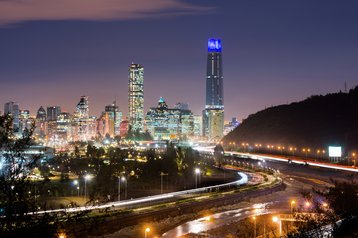 Despite Chile's tax rate, the country is home to several data centers, including Google's Latin American campus in Quilicura.

Google said it chose Chile because of its favorable climate for foreign direct investment, a clear regulatory framework, and a steady supply of renewable energy.

Despite its recent loss to Argentina, it is still the continent's leading economy, and the country has by no means lost its technical edge.