The currently empty plot, on the corner of Pacific Boulevard and Sterling Boulevard, lies north of Dulles International Airport. The cloud giant paid around $1.85 million per acre for the site. 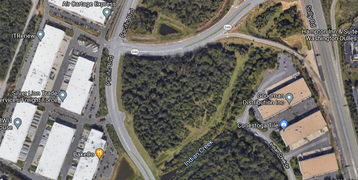 The land was reportedly acquired from Darvish Properties LLC, which is registered to Ashburn-based roofing company John Darvish Construction Co.

Elsewhere in the area, AWS recently filed plans to demolish a pair of office buildings it acquired in February and replace them with a data center in Springfield, Fairfax County. The company plans to clear the buildings at 7951 and 7961 Loisdale Road; twin 111,000-square-foot office buildings it bought in February for $28 million from Loisdale 24 LLC, an affiliate of Philadelphia's Rubenstein Partners. The 17.5-acre site would then have a 120,000 sq ft (11,150 sqm), two-story data center development built that would have a total of 240,000 sq ft (22,300 sqm) of total floor area.

The company is also hoping to build on a 41-acre plot in Fauquier County and has filed an application to build four data centers on a currently empty plot of land in Manassas, Virginia.