AREP this week announced Luke Kipfer as Vice President of Data Center Development and Construction and Jarrett Appleby to Data Center Strategy Consultant and Senior Advisor of the new company, which appears to have launched a couple of months ago.

The company seems to be the joint venture AREP announced in January 2022 in partnership with Harrison Street. At the time, the companies hadn’t named the JV or revealed the specifications of its planned developments.

According to the recently-launched PowerHouse site, the company is planning developments on three sites across Northern Virginia. Six buildings are currently in planning or underway totaling 2.1 million sq ft (195,100 sqm) and up to 338MW of critical power. 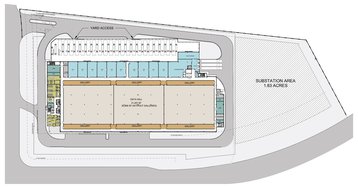 On Sterling’s Pacific Boulevard, PowerHouse Pacific will comprise three three-story buildings comprising 24 data halls across 1.1 million sq ft (102,200 sqm). Construction is due to start in 2024 and complete in 2024/2025; the site will offer 265 MW.

The Pacific campus was previously part of the former AOL headquarters and most recently used by Yahoo!. Yahoo Inc. and Oath sold the 43.3-acre property to Pacific Ashburn Campus LLC in December for $136 million.

Before joining AREP, Kipfer was Regional Director at Direct Line Global and Director of Construction at Markley Group. Appleby has held a number of senior executive positions including chief operating officer of Digital Realty and Coresite Realty and chief marketing officer (CMO) of Equinix. Currently, he is the CEO of Appleby Strategy Group, a digital infrastructure advisory group that works with leading private equity and technology companies. Appleby has also served as the Senior Advisor to the Blackstone Group for the last four years. 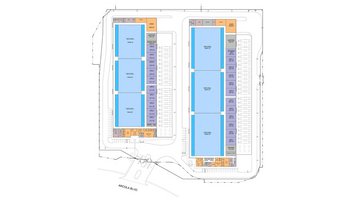 “We are thrilled to welcome Luke and Jarrett to the PowerHouse Data Centers team, their expertise is a central differentiator from our competition,” said Doug Fleit, co-founder and CEO of AREP. “This is an exciting time for PowerHouse. We intentionally brought them on at the beginning stages to be part of developing and establishing our custom solutions that empower hyperscalers with accelerated speed to market, robust connectivity, and dedicated power while bypassing limited land and leasing challenges in Data Center Alley.”

Harrison Street has a number of data centers under its ownership. January 2021 saw Harrison Street acquire the Pittock Block carrier hotel in Portland, Oregon, for $326 million alongside 1547, and in November 2021 it acquired CIM Group’s stake in four US data centers co-owned with 1547.

Harrison and 1547 have completed a number of data center deals together; the two companies previously acquired the Wells Building carrier hotel in Milwaukee, Wisconsin, for $7.25 million in 2020.