Amid sanctions, Huawei plans to sell its submarine cable business to Hengtong

51 percent stake in Huawei Marine Systems to be sold

The sale comes as Huawei faces significant supply chain issues after the US banned American companies from selling goods or services to the Chinese telco giant, and accusations of being state surveillance tool have dogged the company. 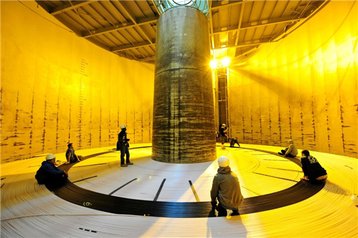 Huawei launched HMS (also known as Huawei Marine Networks) as a joint venture with British firm Global Marine Systems in 2008, and quickly established the division as a major player in the submarine cable market, building or upgrading around 90 cable projects.

But even before the current US-led effort to paint Huawei as a security threat - an allegation it denies - the submarine cable division has suffered due to similar allegations dating back years.

In 2018, the Australian government blocked a Huawei Marine submarine cable between the Solomon Islands and Sydney over purported security concerns. At the time, Huawei also faced accusations of making a SI$40m (US$5m) political donation to the party of then-Solomon Islands prime minister Manasseh Sogavare, revealed in a report by the nation's parliamentary accounts committee. It called for a police inquiry, while Huawei strongly denied the allegations.

The US, Australia and Japan also unsuccessfully tried to stymie a deal between Huawei Marine and Papua New Guinea last September.

In March this year, the Wall Street Journal detailed how the US government was trying to paint Huawei Marine as a security threat. Like with the wider accusations against the company, the US has provided no evidence to back up its claims. In 2013, whistleblower Edward Snowden revealed that the US and UK governments regularly tapped submarine cables, in particular by compromising the cables' landing stations.

In a filing to the Shanghai Stock Exchange, first reported by Reuters, Hengtong Optic-Electric Co said that it had signed a letter of intent with Huawei Tech Investment Co on May 31 to buy its 51 percent stake in Huawei Marine Systems via cash and share issuance.

The price of the acquisition was not disclosed, but last year the cable business made a net profit of 115 million yuan ($16.66 million) on revenue of 394 million yuan ($57m), according to Huawei's annual report.

In October, Global Marine parent HC2 Holdings said that it was exploring strategic alternatives, including a potential sale, for the division. Were it to sell its stake in Huawei Marine Systems to Hengtong, or another Chinese firm, the deal could be subject to approval by the UK government.