American Tower (ATC) is seeking authorization from the Federal Communications Commission (FCC) to test a private 5G wireless network at a shopping mall in Nevada, US.

The trial would last 180 days and would be part of a collaboration with Amazon Web Services (AWS) and focuses on robotic in-store cleaners. 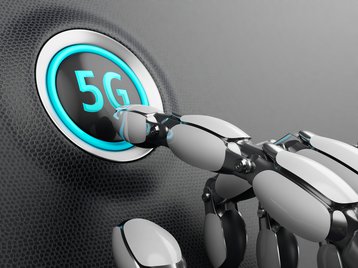 In a filing with the FCC, US tower firm ATC is seeking permission from the US regulator for the usage of an AirSpan radio called AirVelocity 1901 (AirVelocity 1901). If given the green light, the test will be conducted at the Miracle Mile Shops indoor mall located at 3663 South Las Vegas Boulevard.

ATC says the tests will be carried out "totally within the confines of an indoor commercial mall", aimed at testing the performance of a private 5G wireless network, while the company confirmed the purpose of the project is "facilitate the transition to 5G of wireless communications services provided to businesses and shoppers within the mall".

The trial would see the practical application of robotic in-store cleaners within the mall stores after hours, running in the 3.5GHz spectrum band.

According to the filing, ATC noted that existing radios currently deployed at the mall are compatible with indoor 3G and 4G DAS, and WiFi networks, but not yet 5G.

If the permit is granted to ATC, the company would deploy 14 5G-compatible indoor AirVelocity 1901 radios across various locations during the experimental testing.

Testing of the robotic in-store cleaners would take place on November 28, 2022, when AWS hosts its re:Invent event.