A huge boost for US computing - if it passes

Buried in the huge America Competes Act that passed the House earlier this month are a number of data center, supercomputer, and quantum computing provisions.

The bill still has to be reconciled with the US Senate's version, the US Innovation and Competition Act, which was passed in June. Both acts also include $52bn in semiconductor funding, which we detail here. 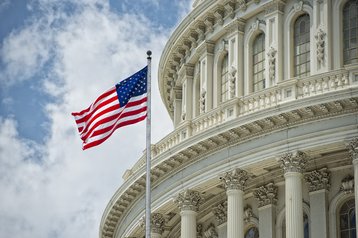 Among them is an 'Energy-Efficient Computing Program' which would see the Secretary of the DOE "support a program of fundamental research, development, and demonstration of energy-efficient computing and data center technologies relevant to advanced computing applications, including high-performance computing, artificial intelligence, and scientific machine learning."

As part of that work, the DOE is instructed to partner with National Laboratories, higher education, and the private sector to build energy efficient technology and "develop hardware and software technologies that decrease the energy needs of advanced computing practices, including through data center co-design.

It will also consider multiple heterogeneous computing architectures, "including neuromorphic computing, persistent computing, and ultrafast networking." This will be carried out in partnership with a different part of the America Competes Act, which calls for "Architectural Research in Heterogeneous Computing Systems."

Heterogeneous computing covers systems that use more than one kind of processor or cores, and has become an increasing area of investment as the end of Moore's Law slows CPU advancement, just as new AI workloads upend compute demands.

"This shall include research and development that explores the convergence of big data analytics, simulations, and artificial intelligence to drive the design of heterogenous computing system architectures," the bill states. 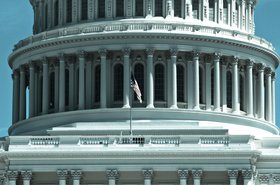 Alongside $900 billion in Covid relief, the sprawling US Consolidated Appropriations Act demands a new study into data center energy use, a training program, and an open data initiative

The amendments to Section 304 also include developing supercomputing languages, tools, and programming environments to support mathematics, statistics, and algorithms for modeling complex systems relevant to the missions of the Department.

The bill states that "it is the sense of Congress" that the Exascale Computing Project has been a success. Launched in 2015, it aimed to build an exascale computer by 2021. That didn't happen, but two exascale supercomputers are expected this year (Frontier and Aurora). The project also succeeded in its wider goal: Creating a broad ecosystem of software and hardware to support exascale efforts.

With the project deemed a success, the new amendment simply calls for the DOE to "sustain and evolve the ecosystem," ensuring it is optimized for long-term use.

Following that, the bill aims to launch a 'Next Generation Computing Program' that can achieve "computing systems with capabilities beyond exascale computing systems." It does not define what that target is.

It will also develop a "Department-wide strategy for balancing on-premises and cloud-based computing and scientific data management."

Still elsewhere, the DOE Secretary is told to upgrade the Energy Sciences Network to ensure increasing levels of high bandwidth scientific networking across the continental United States and the Atlantic Ocean.

The America Competes Act also seeks to amend Title IV of the National Quantum Initiative Act to push for quantum network R&D (for more on what quantum network infrastructure actually requires, read our cover feature in the latest magazine).

It adds the 'Department of Energy Quantum Network Infrastructure Research and Development Program,' which will "facilitate the advancement of distributed quantum computing systems through the Internet and intranet," as well as "develop secure national quantum communications technologies and strategies."

Working with industry, national labs, and higher education, the DOE will be expected to develop a whole slew of quantum communications equipment.

Within 180 days of the Act passing, the Secretary will be expected to present a four-year plan to begin work on a quantum network. The DEO will have $100 million for each of fiscal years 2022 through 2026 to pull it off.

This is followed by a separate 'Quantum User Expansion for Science and Technology program' (QUEST) to encourage and facilitate access to United States quantum computing hardware and quantum computing clouds for research purposes.

The America Competes Act was voted through the House 222-210 along party lines, with only one Republican voting in its favor and one Democrat against. House and Senate negotiators will then agree to a combined bill that will be sent to President Joe Biden to sign into law.

Republicans said that the bill included too many provisions outside of the core Chinese competition agenda, including $8bn for the UN Green Climate Fund and immigration reforms. They claimed that this would make it hard for it to pass the Senate, which has the same number of Democrats and Republicans.

"I look forward to the House and Senate quickly coming together to find a path forward and putting a bill on my desk as soon as possible for my signature," Biden said in a statement earlier this month. "America can’t afford to wait."