Alibaba develops its first AI and IoT chip, based on RISC-V architecture

Alibaba subsidiary Pintouge has developed its first chip based on an open source architecture.

While plans for the chips were announced before recent trade tensions with the US escalated, the Xuantie 910 processor comes after Washington blacklisted several Chinese tech firms, cutting Huawei off from the Arm architecture. 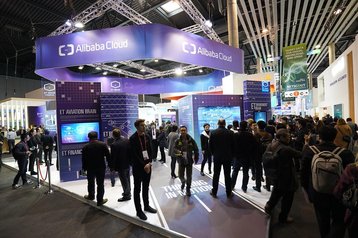 Based on RISC-V, an open source chip architecture, the processor could offer an alternative to the Arm architecture, which many Chinese companies rely on. As it is open source, RISC-V cannot be impacted by trade sanctions.

Alibaba will license the full IP to chip makers, opening a new revenue stream for the company. It also said it will release parts of related code for the product on GitHub to help expand the reach of the architecture.

“This new RISC-V processor is designed to serve a lot more heavy-duty IoT applications that require high-performance computing, such as AI, networking, gateway, self-driving automobile and edge servers,” Alibaba said in a statement.

“We believe the new processor would also help drive the growth of the RISC-V open-source community in Asia and globally.”

Chinese tech companies are keen to shift away from their dependence on foreign semiconductor manufacturers amid US sanctions. Bloomberg reports that China imports roughly three times as many chips as it produces and spends more on semiconductors than it does on oil.

The US simply has one such group, the RISC-V Foundation. CRVA seems more interested in open-source aspects of RISC-V while CRVIC is focused on commercializing the chips.