But the claim comes from a Taliban mouthpiece

Taliban forces took over the country in August, with some conquering forces burning cell towers and critical infrastructure as part of the coup. Now, ATRA claims that the damage has all been undone - but the group is itselfnow controlled by the Taliban.

The claims have not been independently verified. 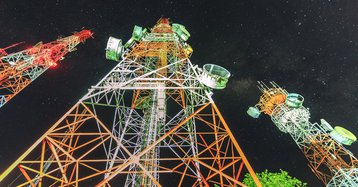 ATRA was a controversial agency even prior to the collapse of the US-backed regime that preceded the Taliban. The agency was mired in claims of corruption, criticized for heavy levies on struggling telecommunications businesses, and growing reports that it was not installing equipment as promised.

Unlike other agencies, ATRA was only answerable to the Director General of the office of the President. Over his seven-year tenure, then-President Ashraf Ghani bolstered the power and remit of ATRA, giving it may of the responsibilities of the Ministry of Telecommunications. This, critics alledge, allowed for rampant corruption and the siphoning off of funds.

Parliamentary investigations into the authority were underway before the government fell. The Parliament is now effectively dissolved, with most officials having fled the country.

It is not clear how much of Afghanistan's telecoms industry were damaged over the summer. Small-scale attacks were ever-present in the nation, but the Taliban's major offensive began in May, ending with victory on August 15.

In June, ATRA said that 301 telecoms antennas worth $1 million were destroyed in the country in the last year, 28 of which were in the last month.

A month after taking over, the Taliban's Minister of Telecommunications dismissed the head of ATRA and put himself in charge. Najibullah Haqqani does not appear to have a background in the telecoms sector.

"The Internet is under threat in Afghanistan," former ATRA chairman Mohammad Najeeb Azizi told Politico earlier this year. "The Taliban is] eager to use the Internet in their own favor. But at the same time, it will be the preference for them not to allow [political opponents] to disseminate information in the future."

Along with the state-owned Afghan Telecom company, MTN Group, Etisalat, and Roshan operate networks in the country. In August, MTN said that it was reevaluating its business in Afghanistan.