On behalf of the regional utility DABS

The US Agency for International Development is planning to fund the development of a small disaster recovery data center in Kabul, Afghanistan.

The agency also plans to fund the IT services and upgrade of an existing data center, both of which will be used by state-owned utility Da Afghanistan Breshna Sherkat (DABS). The potential contract will also see the development of five utility load centers in Kabul, Kandahar, Balkh, Herat and Nangarhar provinces 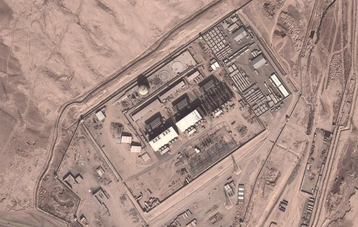 In a Request for Information posting on the federal procurement website, USAID states: "DABS HQ Data Center houses the existing IT infrastructure and is the current repository of all data collected by DABS. Currently the data gathered by DABS is not backed up. In case of any interruptions, the business operations of DABS will be adversely affected.

"To mitigate disruption of business operations, DABS plans to establish a Disaster Recovery Data Center at the Tarakhil Power Plant."

The disaster recovery site is set to be located at the power plant, a huge and controversial diesel system known by many as "The White Elephant of Kabul."

USAID spent $335 million on the 105MW power plant, constructed by the Black & Veatch engineering firm under a contract awarded in 2007. The project faced cost overruns, delays, and operational issues, before being handed over to DABS in 2010.

In 2014, a 300MW power line to Kabul from Uzbekistan was completed, with funding from the World Bank, German and Indian governments. For $35m, the region was provided with power at a lower price than Tarakhil could produce with its 18 diesel generators.

A year later, a report by the Special Inspector General for Afghanistan Reconstruction, John F. Sopko, revealed that the power plant was producing just 0.91 percent of its total possible power production capacity.

"Our analysis of the more recent data provided by your office shows that the rate of power production has actually declined over time," Sopko said. "Specifically, from February 2014 through April 2015, the plant exported just 8,846 megawatt hours of power to the Kabul grid, which is less than one percent of Tarakhil’s production capacity during that period."

A separate Sopko report warned that a failure to use the power plant after recent avalanches damaged the grid "may have demonstrated that the Afghan government is still unwilling or unable to fully operate the Tarakhil Power Plant even during emergency situations in response to critical, short-term needs, and that the $335 million US Agency for International Development Office (USAID) investment remains in danger of being wasted or severely underused."

In a reply to the reports, assistant administrator for Afghanistan and Pakistan affairs, Donald Sampler, claimed that DABS had used the Tarakhil plant after the avalanches. "Tarakhil provided over 6,000 MWH of [power] during February 2015," he said.

It is unclear how much power the plant currently produces, with no public data published in several years. A 2017 article in local publication TOBOnews claims the sites consumes about sixty thousand liters of fuel in six hours, and receives $20 million a year in subsidies from the Ministry of Finance to run it for a maximum of 12 hours a day.

In its RFI, USAID did not reveal the size of the disaster recovery data center at the plant, which will be located in the National Load Control Center building. Also built with USAID funds, the NLCC controls Afghanistan’s entire North East Power System (NEPS).

While exact specifications for the facility were not given, the description of goods provides some insight into the scale of the deployment - it will include at least five 2U rack-mountable servers with Intel Xeon E5-2687W-V3 CPUs. Four "NetShelter SX or equivalent" 42U server racks are expected to be supplied, along with a 60KVA Smart UPS System, and a small LTO tape library with two LTO-5 Ultrium Drives.