Aer Lingus is seeking compensation after an outage to its IT systems led the airline to cancel more than 60 flights last night.

Simple Flying reports that the Irish airline is seeking compensation from its IT provider, the former IBM unit Kyndrl, as rival Ryanair took advantage of its woes. 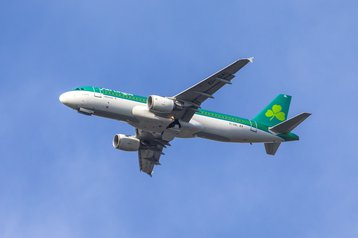 The flight cancellations occurred on September 10 and were caused by construction work that damaged a fiber optic cable, which caused Aer Lingus' check-in and boarding systems to crash.

A network card used in the carrier's backup systems was not working, which meant the airline had no access to passenger information for up to ten hours.

To further compound matters, rival airline Ryanair offered flights at an exclusive price of €100 ($98), to passengers stranded in Dublin, Cork, and Shannon.

Aer Lingus chief of corporate affairs Donal Moriarty confirmed the carrier is seeking compensation from Kyndryl for both itself and its customers, when speaking at an Oireachtas Joint Committee for Transport and Communications, notes Simple Flying.

Aer Lingus hasn't disclosed how much the cancellations have cost the airline, but it's thought to be "millions of Euros".

Kyndryl was created as a spin-off of IBM's managed infrastructure business last year, with the company completing its separation from IBM in November.

According to the company's website, it counts AWS, Cisco, Dell Technologies, Google Cloud, Lenovo, Microsoft, Nokia, and Oracle as some of its partners.