French server manufacture 2CRSi is expanding into the US with a new factory and data center in Rouses Point, New York.

The company is working with real estate development firm ERS Investors to turn a former Pfizer site into a US base of operations. 2CRSi will reportedly use the site to housing hardware production, sales, training, research & development, and support functions, as well as a data center to provide hosting services. The company primarily focuses on high performance computing server markets.

“With strong positive market dynamics, we believe it is time to take a new step in growing our local presence in the US. This project has the unique potential to simultaneously contribute to boost the local economy and demonstrate how we can reconcile IT and the planet,” said Alain Wilmouth, chairman and co-founder of 2CRSi.

“With State and Federal support, 2CRSi fully intends to commit significant investments over the next five years to make our campus a focal point for world’s most advanced green IT solutions.” 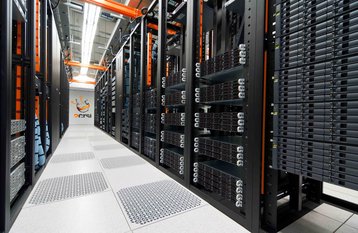 2CRSi and ERS combined have invested over $12 million in the project with an additional $8 million planned. The group plan to create a district heating scheme to reuse the servers’ waste heat and is currently working on a solution to share the heat with the village homes and businesses. 2CRSi also plans to partner with local universities to offer internships, research opportunities and provide jobs for technology, cybersecurity and business students.

"We are very pleased to welcome 2CRSi to Rouses Point," says Garry Douglas, president and CEO of the North Country Chamber of Commerce. "We have been working with ERS and 2CRSi for more than a year as the site has been prepared for its first tenants. It's exciting to have another international company select our region as a place for investment, and it's especially exciting that they have chosen the former Pfizer site..”

The 80-acre former Pfizer site was bought by ERS-Rouses Point LLC, a subsidiary of NYC-based ERS Investors, in 2018. The company planned to build the Northern Gateway Industrial Park on the site in Clinton County, New York, just half a mile from the Canadian border.

Concern over rumors that the site was planned to be used for cryptocurrency mining reportedly lost the park a potential tenant after the village was seen to be ‘unfriendly towards business.'

2CRSi previously built the servers for cloud gaming platform Shadow, with the deal representing about 10 percent of its business.

But the game streaming service's operator Shadow fell behind on payments, ultimately declaring bankruptcy with €30.2 million in orders unpaid.

Octave Klaba has since acquired the business, and plans to sell the servers to OVHcloud, the data center company he founded.