Company investing in improvements at four locations across US

fifteenfortyseven Critical Systems Realty (1547 CSR) has announced capital improvements across a number of its data centers, including the Pittock Block carrier hotel in Oregon.

As well as Portland’s Pittock Block, 1547 said is implementing capital improvement projects to its carrier hotels in the Wells Building in Milwaukee, Wisconsin, and 725 South Wells in Chicago, Illinois. The company said it also expanding in 1 Ramland facility in Orangeburg, New York.

“In 2022, four additional data halls are under construction to attract hyperscalers and other large enterprise or retail colocation providers,” the company said. 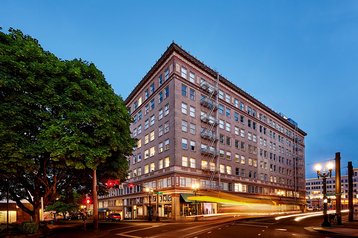 “With the expansion and further investing in the Pittock Block, we will continue to support our tenants’ expanding needs while accommodating new content and network providers. Along with our financial partners, Harrison Street, we will continue to make strategic investments to grow the portfolio with other buildings across the United States, like the Pittock Block,” said J. Todd Raymond, CEO of 1547 CSR. “The goal is to build and improve upon the existing building network to create an ecosystem of IT infrastructure providers and content delivery tenants. The first phase of this project will focus on common areas and mission-critical infrastructure to create turnkey data center halls and retail colocation suites.”

1547 acquired the Pittock Block in January 2021 alongside Harrison Street Real Estate for $326 million from Alco Investment Company. The two companies acquired the Wells Building carrier hotel in Milwaukee, Wisconsin, for $7.25 million in 2020.

The Pittock Block is named after local newspaper magnate Henry L. Pittock, whose house was situated on the property before it was developed by a consortium of investors including a subsidiary of the Northwestern Electric Company. The building was primarily used as an office building with an electrical and steam generation plant in the basement; Alco acquired the site in 1986 and began leasing it to telco providers, before a dedicated build out in 1999. 1547 currently offers 302,262 sq ft and 8MW across eight stories at the site.