Once around the world

“If you look at our customers, some of the largest hyperscalers in the world, they’re investing quite considerably in greater Tokyo… this whole idea of multi-storey data centers they were doing in Tokyo a long time ago,” Mark Smith, managing director, Asia, at Digital Realty told DCD CEO George Rockett in a recent DCD>Talks industry interview.

Indeed, while the technology market as a whole in Japan has some idiosyncratic features, the data center market in Tokyo, in particular, also has a number of unique features of its own. 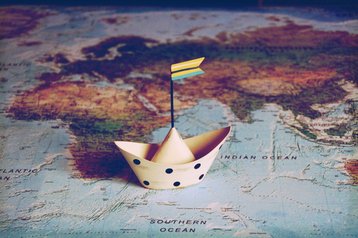 “It’s not an early adopter in terms of technology, but it’s in full-swing now… In the main, I would say it’s pretty well aligned globally. But the big difference in Japan, of course, is the risk of natural disasters, such as earthquakes and the like. So the actual data center build has to take that into account and your cost of construction, therefore, is higher.

“Also Tokyo, believe it or not, has quite a flood risk. There’s quite a large number of rivers that flow through Tokyo… so where you can safely build data centers is fairly constrained because of that. Then, obviously, there’s the issue of power. In every market in Asia access to power is a major constraint, and that’s certainly true in Japan,” said Smith.

The Fukushima disaster in March 2011 is well-known, of course, but the response by Japan’s government to shut down nuclear power stations across the country has seriously affected capacity – with knock on effects for data center builders. 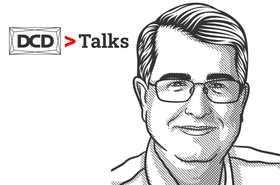 Those challenges, though, haven’t stopped Digital Realty from building its third major data center in and around Tokyo, which should be launching in August 2021 – a 36 megawatts facility near Narita Airport.

Singapore, too, has a number of major challenges, although they haven’t stopped Digital Realty from opening and operating three data centers there: Digital Loyang 1 and 2, as well as Jurong East. Probably the most obvious challenge for Singapore is the all-too-apparent shortage of land in the popular location, as well as power (like most other parts of the world). Both were factors in the government's decision to declare a moratorium earlier this year.

“Singapore has a few constraints that they want to manage. They have a tremendous amount of data center builds and they wanted to put in place a pause, to kind-of reflect how they’re going to manage the data center industry going forward.

“The obvious constraint is land… Singapore is a small place, so they need to think that through. The government is also committed to the Paris Climate accord and they made some really significant commitments around carbon emissions. So given data centers’ energy consumption, that’s become a real area of focus,” said Smith.

Indigenous power generation is currently around 95 percent natural gas, with only a tiny percentage accounted for by renewables.

Singapore is a small place, so they need to think that through. The government is also committed to the Paris Climate accord Mark Smith, Digital Realty

On the building moratorium, he added: “We don’t [yet] have perfect clarity in terms of exactly what the government plans to do… they are very focused, of course, on economic growth, and the digital economy is a key driver for Singapore as a business hub. In order to support the growth of the digital economy you’re going to need digital infrastructure and data centers. I don’t think they’re going to able to do zero builds. So I suspect there will be an unwinding of the moratorium, but in a more managed way,” said Smith.

While Smith believes that the unwinding will be heavily focused on sustainability – companies bidding to open new data centers will have to really demonstrate their green credentials – it could also benefit nearby Malaysia, which has been trying to build out a data center industry, but with much less success. It also fulfils a significant portion of Singapore's energy needs.

Some of the Indonesian islands closest to Singapore could also benefit, but both Malaysia and Indonesia lack the low-tax, business-friendly environment that Singapore offers. “It’s not really like-for-like when you consider Indonesia, Malaysia and Singapore,” said Smith.

Other particularly active markets across the APAC region, according to Smith, include Taiwan and Western Australia.

In addition to casting his eyes across APAC, Smith also took in South America and some of the new technology that might help make data centers more sustainable. The DCD>Talks interview is available on-demand now.