Lessons from people who live at the Edge

Why the APAC region needs edge computing, and what we can expect in the coming future

Edge data centers are at the forefront of everyone’s mind. With increasing computing demand, the data center industry has had to adapt and innovate. Edge data centers, with reduced latency, have become the go-to choice for critical industries that rely upon time efficiency or 5G.

“We always talk about 5G as one of the contributors to Edge, but actually both of them are interdependent,” says Ashish Dandekar, Council Member, Gerson Lehrman Group. “If we have 5G we will have Edge, and if we have Edge only then will we have 5G.”

“We always talk about 5G as one of the contributors to Edge, but actually both of them are interdependent, if we have 5G we will have Edge, and if we have Edge only then will we have 5G.” Ashish Dandekar

While there is certainly this element of interdependence, the emergence of 5G and data centers at the Edge was not spontaneous.

“In the past as well as the present, we have always been looking at how we can get more from the business. When I say more, it is more in terms of efficiency. More in terms of improvement and accuracy. At the same time, how we can do this with less: less latency, less time.”

It is this drive for efficiency that has driven the development of Edge computing.

The advantages are varied, and certainly not limited to latency, as noted by Bernie Trudel, the technology lead for Ericsson NFVi Cloud.

“With Edge computing, you can bring in a remote expert to troubleshoot a problem on the assembly line and ensure that any downtime is minimized because the expert can be there right away and have a full view of the problem. It might be a problem with automation and robotics, or it might be another problem where it needs to be diagnosed between two experts. Having them able to collaborate together to solve that has shown how the downtime can be minimized”

Downtime is a key motivator for data centers. Despite this, APAC has not necessarily seen the development of data centers at the Edge that we have seen in Europe and the US. 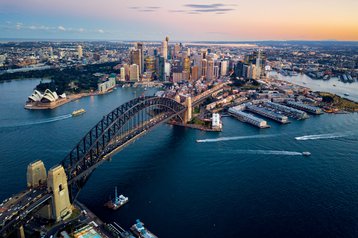 “Australia is unique, because of the significantly diverse population spread around the edges of the country. If you look at the Edge in US markets, the next biggest ten or 15 cities still have millions of people in the population. But when you drop down from the top five or six cities in Australia, they very quickly get to quite small populations. Building infrastructure that is size appropriate is important, there are many people that talk about building extremely large data centers in remote locations because the energy is cheap,” Craig Scroggie, CEO of NEXTDC, said.

“That may be true. But that energy in itself is not necessarily solving all the problems because you still have to get the data to where it needs to go ultimately. Edge will evolve because of the use case - whether that's 5G, tech data Processing, or supporting uplink satellite infrastructure.”

This being said, several industries are already seeing an important place for Edge computing. Ian Dover from METS Ignited notes the important role that data centers at the Edge have played for mining down under.

Where next for enterprise data center decision making in a hybrid world?

“In the last five years, there have been great moves forward in raising awareness into what we call ‘smart mining’. Smart mining is essentially the idea of deploying lots and lots of sensors all the way along the mining value chain, the operational value chain, and mostly in a remote environment. So the increase in data is huge. With the increase in the amount of data, Edge computing becomes a real necessity.”

Irrespective of the fact that we haven’t yet seen the large-scale deployment of Edge in the region, does not mean there isn’t going to be. As the demand requirement changes, so will the structure of the data center industry.

Fill out the form to learn more about data centers at the Edge in the APAC region by watching the episode from DCD.

Thank you for watching the APAC episode