The design of data center cooling systems must be based on an in-depth understanding of regional water quality, especially in Southeast Asia, says Nalco Water’s Dr Peter Wang Peng

Few places in the world are as ‘water constrained’ as Singapore.

Just over 280 square miles with a population of just under six million to support, the authorities in the city state have had to be smart about the way in which water is husbanded, used and re-used; and, as such, the state’s many data center operators have also been forced to the forefront of better water management in their cooling infrastructures. 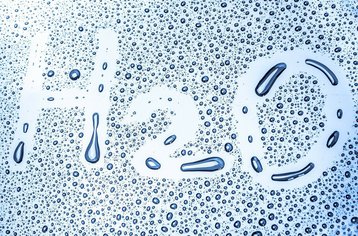 Nevertheless, the sector now accounts for between six and eight percent of Singapore’s water usage, and uses more power than all the city state’s residential and commercial buildings combined. It is, in short, the kind of environment in which the development of water management and treatment technology – and companies like Nalco Water – have thrived.

Now, that know-how is being exported for use in data centers, not just across Asia, but worldwide.

Indeed, with major operators, like Google, promising to implement rigorous water usage policies across their data center estates, water use is set to become as important as power usage and the next big focal point in sustainability.

In Singapore, the twin data center issues of power and water usage came to a head in 2019 with a government moratorium on new data center developments – a moratorium that remains in place today, forcing operators keen on an Asia-Pacific presence to look elsewhere for a base. Neighbouring Malaysia and Indonesia, in particular, have benefited, but Asia’s data center building boom has also swept up Thailand, Philippines and even Cambodia.

However, the water issues data center operators will face across these various countries, even across different regions of these countries, are all very different, with consequences for data center cooling technology and strategies, as Nalco Water has been keen to demonstrate in a recent white paper that sets out the issues in plain language.

Even in the same area of Jakarta, if you track the water over two or three years the water chemistry changes dramatically Peter Wang Peng, Nalco Water

First, says Nalco Water’s industry technical consultant Dr. Peter Wang Peng, countries in Southeast Asia each have particular seasonal challenges in terms of cooling. Places like Singapore, Malaysia, Indonesia and Thailand, for example, enjoy clement and humid weather all year round – typically between 25 degrees and 35 degrees. “That means that the choice of cooling system in Southeast Asia is quite limited and is why data centers here rely heavily on water-cooled systems,” says Wang.

In other words, while operators in somewhere like Sweden, Ireland or the UK can use a combination of water, air or adiabatic cooling (which uses less water) thanks to their markedly less clement climates, in Southeast Asia operators need to use water-based cooling all-year.

Second, he says, while it might be ideal to locate data centers close to stable sources of water and/or power, they typically need to be close to the populations they are primarily intended to serve – cities where demand for water is already high.

Moreover, adds Wang, water quality can also fluctuate greatly on a seasonal basis in countries across Southeast Asia in terms of pH level, turbidity (cloudiness due to presence of particles invisible to the naked eye), dissolved solids (such as limescale), the presence of chlorides and sulfates, silica and even bacteria and other undesirable contaminants.

What this means, says Wang, is that it is not enough to simply fly-in to a region, take a few water samples and send them off to the labs for testing and consider it ‘job done’. Samples not only need to be taken over an extended period of time throughout the year, but compared to results from such tests over several years in order to ascertain all likely water quality patterns.

In one example that Wang cites, the water samples taken from the cooling system of a data center in Southeast Asia showed a range of PH levels from 7.2 to 7.8. However, the average pH level at less than 7.6 (and a median of around 7.4) would be misleading, potentially resulting in unexpected pipe corrosion in a cooling system.

Then, in addition to pipe corrosion, there are risks of heat exchanger fouling and pathogen bacterial blooms (not to mention Legionnaires’ Disease) which are more commonly associated with poorly maintained air conditioning systems, while a seasonal increase in silica can affect data centers’ energy efficiency in dry seasons. It helps when data center design consultants work with companies (like Nalco Water) that have a regional and local presence to provide such data before making design decisions.

One of the keys to the institutional knowledge that Nalco Water enjoys, says Wang, is the water database of samples taken from thousands of locations around the world, built up over many years, enabling a thorough understanding of local water risks and possible solutions.

That means that the choice of cooling system in Southeast Asia is quite limited and is why data centres here rely heavily on water-cooled systems Peter Wang Peng, Nalco Water

Jakarta in Indonesia, in particular, suffers from highly variable water quality, which can be clearly seen from Nalco Water’s historical database of water quality samples from the Indonesian capital.

“Even in the same area of Jakarta, if you track the water over two or three years the water chemistry changes dramatically,” says Wang. “That’s where our value as a consultant appointed right at the start of a project comes in because our database can help guide the project owner right from the start over how they ought to design their cooling and, hence, water systems.”

On top of that, Nalco Water can also advise on issues such as the likelihood of flooding (a very real possibility in a city like Jakarta that is sinking by up to 25cm every year in some parts), the risk of water shortages, water quality instability that can affect resiliency planning.

In addition, an understanding of the long-term water issues in particular areas can also help head off potential worst-case scenarios.

“Water conditions change over time and it is important to integrate these forecasts into long range planning. In Southeast Asia, Tier 3 and Tier 4 data center design includes a typical two days of on-site water storage to maintain cooling towers’ operation in a worst-case scenario.

“[But] if a country or area has a history of water shortages or supply disruption a data center’s design should include up to five days’ storage and/or a trucking contract to bring-in water on an urgent basis,” writes Wang in Nalco Water’s white paper.

All these various local factors can make the adoption of the latest cooling technology more of a conundrum, says Wang. While the latest adiabatic cooling systems, which combine evaporative cooling (when necessary) with air cooling (when the weather gets a bit chilly), can improve both power and water usage in temperate climates (like the UK’s), in Southeast Asia the cost-benefit equation is more complicated.

As such, says Wang, the most common data center cooling technique in the region is open circulation cooling “in which water recirculates in open pipes, using cooling-tower forced airflow to release heat to surroundings… The chilled water (or secondary loop water)” is then pumped “to the data hall where it expels hot air via an air-water heat exchanger.”

However, there’s also plenty of research and development into more efficient cooling systems across Southeast Asia. For example some operators, reports Wang, are exploring the use of recycled water from local sewage treatment processes. Others are installing evaporation ponds and sophisticated waste water treatment processes. “In Singapore, research is currently underway on cooling with sea water,” he says.

Developing new ways to use water resources might be applauded, but are unlikely to prevent the introduction of more stringent regulations governing data center water usage.

Yet slashing water consumption might not be the most environmentally friendly option in all cases if it causes a dramatic increase in power consumption, cautions Wang.

As always, both in technology choices as well as regulation, the ‘devil’ is invariably hidden in ‘the detail’, which is why a well-rounded water strategy implemented from the earliest stages will always pay off later – financially, operationally and environmentally.