Best of both worlds

Once upon a time, a London location might’ve meant forsaking climate consciousness for connectivity, but what if we told you, you can have both?

In terms of size, the regions of London and Slough remain the largest single FLAP - Frankfurt, London, Amsterdam, Paris - market today and it’s easy to see why.

With East London colloquially referred to as ‘Tech City’, centered on ‘Silicon Roundabout’, the capital is home to a vibrant start-up culture, with the infrastructure and connectivity data center providers dream of.

That said, while connectivity was once top of the data center agenda, sustainability is rapidly making its way up the priority list.

By 2023, 451 Research predicts sustainability will be a competitive differentiator, but it’s safe to say we’re already there, as clients and end-users alike demand green solutions for decidedly non-green applications.

And it’s up to data center providers to deliver, striking the delicate balance between connectivity, resiliency, and sustainability.

By 2023, 451 Research predicts sustainability will be a competitive differentiator, but it’s safe to say we’re already there

“We all know about how quickly data centers are growing across the world, and in London, it's growing massively,” says Scott McLauchlan, Technical Director, Global Data Centers EMEA at NTT Ltd.

This change, says McLauchlan, lies in the design and operation of these facilities. Scrutinizing our methods to make sure that whilst the data center industry can continue to grow, we are making sure our carbon emissions don’t.

But sustainability isn’t just about emissions, it’s about impact. If a data center doesn’t have sustainability baked into its design, you’ve set yourself up to fail before its inception.

Leading by example, NTT’s data centers are designed to meet the lowest Power Usage Effectiveness (PUE) possible. Its London 1 Data Center features a central cooling system engineered specifically not to use any refrigerants that contribute to dangerous greenhouse gases, delivering a designed PUE of 1.2. In addition, all power to NTT’s seven London data centers is derived from 100 percent renewable energy sources, including onshore and offshore wind sites.

And it’s not just what you build, but where you build it. In the past, old buildings might have been demolished to make way for a new data center, but there is now an ambition to reduce this practise from companies like NTT. This is an important step in extending the life of pre-existing buildings, something a location like London has in abundance. 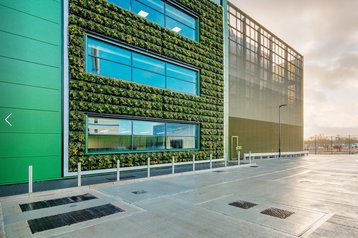 London (is no longer) burning

At the peak of the industrial revolution, London was dubbed the ‘Big Smoke’ by rural visitors, and in the first decade of the 20th century, most people used coal to heat their homes, resulting in large amounts of smoke. Central London also hosted a number of coal and oil-fired power stations.

Fortunately, the Clean Air Act was introduced in 1956, which stated that only smokeless fuels could be burnt, while over the decades, the power stations were closed down. Today, the city tells a very different sustainable story, particularly when it comes to data centers.

That said, although London is one of the connectivity capitals of the world, with an abundance of engineering talent to boot, its reputation proceeds it and sustainability isn’t exactly a word synonymous with the city, but that is a misconception NTT is happy to challenge.

“It’s a common misconception that the UK grid is supported by dirty coal power stations, when actually we have a lot of renewable energy that's available. According to BEIS; 39 percent of all the energy generated in the UK during 2021 came from renewable sources,” says McLauchlan.

Enter, the Renewable Energy Guarantees of Origin (REGO) scheme. This provides the transparency clients need regarding the proportion of electricity suppliers source from renewable generation. This is supplemented with Guarantee of Origin (GO) certificates, that are traded and redeemed by suppliers as evidence to clients of the quality of the electricity they’re delivering.

“The idea is that the extra money we pay for our energy goes into investment to ensure that renewable energy is available for us on the grid, and it is. Last year 122 TWh of energy was produced from renewable sources, more than 20 times what was required for commercial data centers,” says McLauchlan.

“Today it’s lovely and sunny near London and the UK’s solar farms are producing six gigawatts of power. So, 16 percent of the power that's being used by the UK grid right now is coming directly from the sun, which is great.”

It’s a common misconception that the UK grid is supported by dirty coal power stations, when actually we have a lot of renewable energy that's available. According to BEIS; 39 percent of all the energy generated in the UK during 2021 came from renewable sources Scott McLauchlan, NTT

So, if nearly half of all the energy being used on the UK grid is coming from a renewable source, and data centers are only using two percent of the grid, it’s safe to say there is plenty of renewable or zero carbon energy generation available to providers via this platform.

“All of our UK facilities’ emissions from their energy usage is all zero carbon. All the major players are buying this renewable energy, so the data centers in the UK are leading the way from a global perspective because our grid supplied energy is already 100 percent renewable.”

Of course, sustainability is not only important for the planet, but for business too. Cementing its commitment to the cause, NTT has signed up to sustainability initiatives, such as the Climate Neutral Data Center Pact, as well as being named a ‘Business Avenger’ for the UN Sustainable Development Goal 11: Sustainable Cities and Communities, to ensure that driving necessary change remains top of the agenda.

Scoping out the problems

“There are three key sustainability measures that data center providers can have a big effect on: carbon emissions, energy usage, and water usage,” says McLauchlan.

When it comes to emissions, these are categorized into 3 scopes according to the GHG Protocol: Scope one – emissions produced directly onsite, i.e., generators; Scope two – indirect emissions from the utilities providing the facility with electricity, heating and cooling; and Scope three – other indirect emissions that come from energy used for client’s IT equipment, associated travel, waste and the supply chain.

Many providers are guilty of putting too much onus on scope one and two emissions. Unfortunately, more than half of the emissions from a data center are scope three, therefore having this ‘triple threat’ visibility is crucial to see where problems lie. 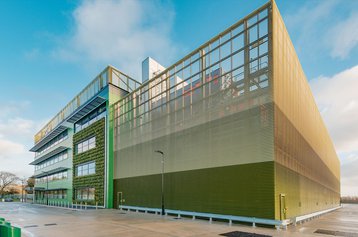 “We are now looking at full scope emissions modelling on our facilities to be able to answer how much carbon does a facility emit across its entire lifecycle? How much did it cost us to dig the holes in the ground? What are the emissions of the machinery it took to do that? What about the emissions of the steel manufactured for the structure?” says McLauchlan.

This information will ultimately provide answers to questions such as, ‘can we use an existing building because it has a lower carbon footprint?’ or ‘can we raise the temperature at which we run the facility?’

And temperature is key when it comes to getting a handle on your PUE, as higher internal temperatures mean lower energy use. NTT’s London 1 facility is designed to run with a normal set point of 24 degrees Celsius, and it may not seem like much, but even a one degree increase in internal temperature will have a huge effect on the amount of energy a building uses, significantly decreasing the PUE number. This has a knock-on effect on water usage, as the amount of water the system needs to reject the heat goes down.

“These small adjustments, as long as our clients agree with them, have a massive effect on the overall sustainability of the facility,” says McLauchlan.

In a location as densely populated as London, proximity to others is inevitable. Data center providers need to ensure they’re helping not hindering the communities they’re in, and NTT has found just the way to ensure it is a good neighbour.

“NTT’s London 1, when fully deployed, is a 64-megawatt facility, which means at full load there will be 64 megawatts of heat that needs to be rejected outside the building,” says McLauchlan.

There are three key sustainability measures that data center providers can have a big effect on: carbon emissions, energy usage, and water usage Scott McLauchlan, NTT

Instead of rejecting this heat into the air, that is approximately 30 degrees Celsius, NTT is doing a study with the local council to reject that heat into a district heating network instead, meaning all the buildings on the estate can be heated by the data center.

“That 30-degree temperature heat from the water is transferred to buildings that have been built in the local area, including a college, offices, as well as all the standard commercial type buildings that you would expect to see in central London.

“The buildings are warmed by our waste heat, returning cooler water temperatures back to us. Giving us greater efficiency as we don't have to run our cooling plant quite as hard. This then has a knock-on benefit, as these local buildings are not having to pay as much for their heating,” explains McLauchlan.

One size doesn’t fit all

To avoid the quest for sustainability becoming a seemingly Sisyphean task, it’s worth remembering that each facility is unique and will come with its own environmental challenges. 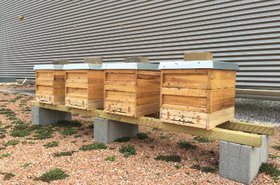 Therefore, it’s important to be able to adapt to the challenges of each geography and narrow the focus to what resources you have at your disposal and what will be the most effective at minimizing a particular data center’s environmental impact. Something NTT is particularly adept at.

For example, in a water scarce region such as South Africa, the use of this precious resource must be carefully monitored. NTT uses a fully closed cooling system in Johannesburg, limiting evaporation. By way of contrast, at NTT’s Munich 2 Data Center, geological tests carried out prior to construction showed that due to the facility’s proximity to the Alps, they had access to a sufficiently powerful and cold groundwater flow. Using this information, together with experts and authorities, NTT developed a concept to use this for energy efficient cooling of the data center.

You need not go it alone

With all this nuance, sustainability within the data center can seem overwhelming, but the power of small, carefully planned actions shouldn’t be underestimated. If you’re unsure where to start, help is at hand from trailblazers the likes of NTT, who have been applying sustainability best practice for over 20 years.

And although green credentials are bound to provide a competitive advantage, sustainability isn’t a private party. If our collective environmental goals are to be realized, we need to be seeing a seismic shift from competition to collaboration and work closely together with our clients and supply chain.