The realization of the ‘smart city’ is a long way from the dystopian metropolis which occupies big-budget films in Hollywood.

With New York far and away one of the smartest cities in the world, the concept of the edge data center is playing a huge role in data storage locally, improving the quality of user experience and speeding up data processing.

The ‘smart city’ is dependent on distributed real estate, connectivity and shared infrastructure, and Cole and Paul will dissect the partnership between Crown Castle and Vapor IO in their bid to unlock and support a new class of applications that span core to edge.

This session took place on September 2, 2020 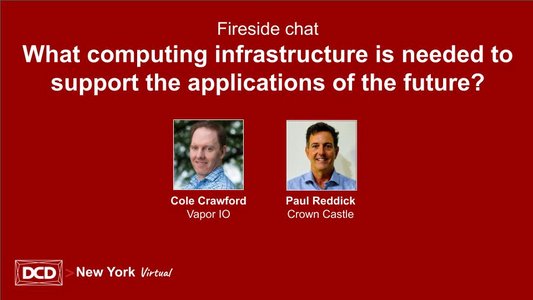