Data center UPS systems can be used to support the electrical grid, creating a new revenue stream for operators

Batteries are an essential component of most data centers, where they are used as part of uninterruptible power supply (UPS) systems. Huge amounts of stored energy act as an insurance policy, enabling facilities to withstand power spikes, sags and momentary outages, and giving them a few precious seconds to switch to an alternative power source, or shut the equipment down in a controlled manner. But what if there’s no outage?

Traditional lead-acid batteries have a short lifespan, take a lot of valuable space and require a carefully managed environment. They also need to be recycled by a specialist, since they are full of toxic elements. Lithium-ion batteries present an attractive alternative – they can tolerate higher temperatures and last longer, but are more expensive, and are still considered a novelty.

Most data center design guidelines – including those from the Uptime Institute – mandate the use of UPS systems to maximize reliability. But without an outage, batteries and their potential are essentially wasted. 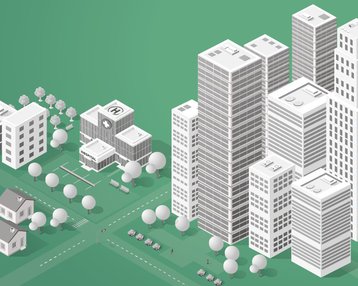 At the same time, power grids in many parts of the world find themselves increasingly under stress, with sudden demand fluctuations leading to brownouts and threatening the conveniences of modern life. As the energy market moves away from fossil fuels, grid operators also have to deal with the unreliable nature of renewable energy sources – for example, solar panels are only productive during the day, while the performance of wind turbines depends on atmospheric conditions.

These two facts suggest an idea: why not use data center UPS systems – along with other battery clusters, like those in electric cars and smart homes - to compensate for the difference between grid-wide generation and consumption in real-time? The idea has been discussed for several years. In this scenario, batteries store energy during the periods of peak production to later sell it back to the grid, participating in something called the Frequency Containment Reserve (FCR) market. Enabling such a market for data centers is not easy, but this approach could benefit everyone involved, from facility owners, to utilities, to consumers.

“From a hardware point of view, most modern UPS systems on the market can do this,” Janne Paananen, technology manager at Eaton EMEA, told DCD. “It is better for the grid, and for everyone, that you maximize the use of the hardware, and at the same time, of course, you can get better value from your equipment.”

Late last year, Eaton launched UPS-as-a-Reserve Service, calling it the first data center solution that lets organizations earn money from their UPS investment. The service was developed in collaboration with Fortum, one of the largest energy companies in Scandinavia. It transforms data center batteries into a virtual power plant, ready to supply energy in order to avoid grid-level outages – one of the primary reasons UPS systems are needed in the first place.

With UPS-as-a-Reserve Service, data center operators choose how much energy capacity to offer, when, and at what price. Best of all, Paananen says that this additional functionality could be carried out without any risks to the primary purpose of a modern UPS – keeping the data center online.

“Normally people understand UPS as a uni-directional device that would only take power from the grid and feed it to the load. In reality, a modern UPS with transistor-based rectifiers and inverters is a collection of bi-directional converters, it is very flexible,” he said.

“When we are doing this - discharging the battery and regulating the power - instead of taking a leap of faith, opening the main breaker in the data center and hoping that everything works, we are doing it in a more controlled manner. We limit the battery discharge and it is done in parallel with the rectifier. If you have a problem with the battery, you just stop discharging and keep supporting the load.

“UPS, of course, has been designed to immediately move all the power out of batteries if you have a mains outage. Normally, if the rectifier goes off, you transfer all the power in a few milliseconds. When we support the grid, the process takes a few seconds, so it’s very slow and gentle – UPS can have an afternoon tea while it’s doing it.”

Eaton developed the technology to enable this functionality way back in 2004, as part of an automated testing system that discharges batteries once a month. This testing routine has been used millions of times worldwide – a testament to its reliable operation – and has now found new uses in frequency regulation.

“The most important thing is to make sure you don’t stress the [lead-acid] battery too much. I’ve read whitepapers stating that you could do this with your batteries 10-15 minutes a day – but that is creating lots of cycles with a very high depth of discharge. It would destroy the battery very quickly, and is not a smart thing to do.

“On the other hand, if you analyze the grid frequency data and you understand how the grid behaves, statistically, and you select the operating parameters so you don’t stress the battery too much, going for a more dynamic type response – it doesn’t impact battery life.” 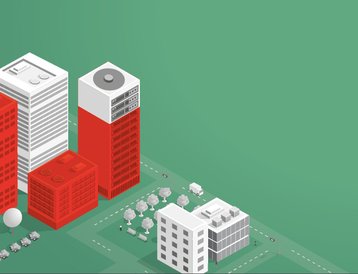 Lithium-ion batteries can tolerate more discharge cycles and can be kept in a partially charged state, so they are even more useful, since they can help regulate frequency either up or down. This enables participation in enhanced frequency regulation schemes where the value of the market is higher.

“The lithium battery is an extra investment, but it also allows you to earn more,” Paananen said.

Eaton’s scheme has just one drawback: despite bold claims about capabilities of modern hardware, UPS-as-a-Reserve Service currently supports a limited range of UPS systems, so it can’t be used in an older facility without an extensive upgrade. It also requires participation of local transmission network operators, people actually responsible for keeping the grid operational, so pilot projects are focused on Scandinavia where Eaton has made relevant arrangements with Fortum. Other compatible markets that could adopt this approach in the near future include the UK and Finland.

The idea of using data centers to help the grid is being investigated by several major industry players, including Schneider Electric. “We definitely see opportunities where a data center’s UPS asset can be utilized beyond its primary functionality of resiliency and back-up to participate in a frequency regulation market,” told us Michael Maiello, the company’s SVP, technology and offer development executive.

“Since the UPS has historically been deployed for the sole intent of providing resiliency to critical loads, there is often a hesitation to utilize this asset for an alternate purpose. However, if properly managed, these concerns can be allayed by ensuring there is always sufficient energy remaining in the UPS to provide the critical backup required for the data center application.” Schneider Electric has its own UPS systems capable of this functionality. Maiello added that the idea hasn’t really caught on because of lack of understanding - the perceived risks simply outweigh potential benefits.

Paananen noted that some data center operators have already gone through the effort of plugging their generators into the grid, enabling their facilities to act like small power stations in periods of high power demand. However, he thinks this is a wrong approach to take for an industry obsessed with efficiency and sustainability: “It is a bit funny: our goal is to use renewable energy – wind power, solar power - and avoid CO2 emissions. But that makes the grid more volatile, so you need to then run generators and burn fossil fuels so that you can do green power.

“With UPS-as-a-Reserve Service, you can manage the fast changes and 99 percent of the time you would not need to start generators. You would only use them if a disturbance takes a long time.”

Using UPS systems to their full potential is good for offsetting the enviromental impact of data centers, and benefits the neghborhood, but more importantly, it’s great for the bottom line: according to Eaton, a data center could expect to raise up to €50,000 ($61,500) per MW of power allocated to grid support per year. For this reason alone, participation in FCR, along with waste heat recapture, should become an essential data center feature.

“In the beginning, some people will have their doubts and they will wait for other guys to try it out. But when it’s done a few times, there are case studies and it’s a proven concept, everybody will be doing it.”

Another way to employ data center generators and batteries for the common good is peak shaving - the process of reducing the amount of energy purchased from the utility during peak demand hours, thus saving substantial amounts of money that would have been spent on peaking charges. It also benefits utilities, helping them reduce the operational cost of generating power.

The main difference between peak shaving and schemes like UPS-as-a-Reserve Service is in the fact that the former uses on-site energy to effectively ‘erase’ the facility from the grid when overall power demands are exceptionally high.

Data center operators can get paid for using peak shaving techniques, but the amount of money they can earn is much lower than if they were able to actually sell energy back to the grid.