Understanding the future of lithium

Batteries will power the next decade, but companies need to ensure that their supply is as sustainable and ethical as they claim 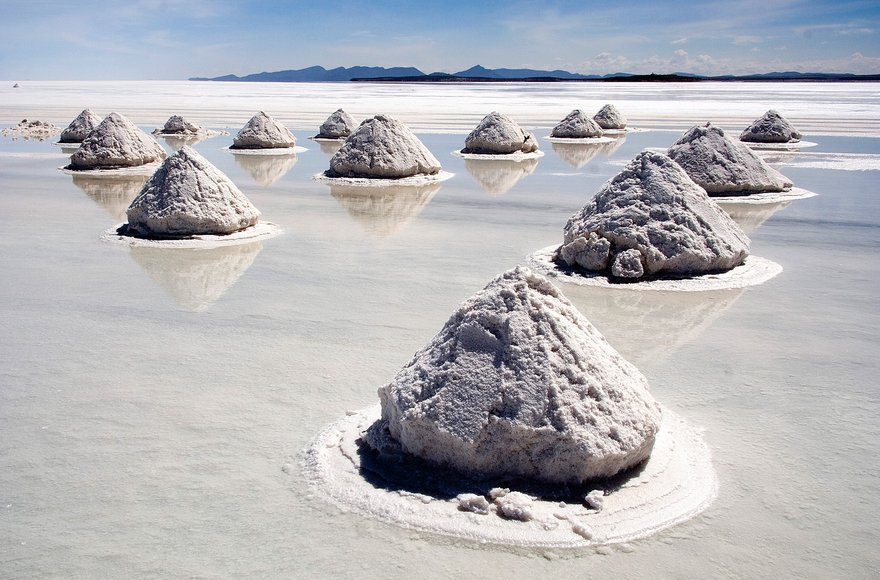 If data centers are to turn to batteries for UPS systems, microgrids, and a more resilient grid, we’re going to need a lot of lithium.

But with the lithium market plagued by boom and bust cycles, regional power struggles, and conflicting reports on future demand, it can be difficult to predict what the industry should expect as it embraces lithium-ion batteries.

This article appeared in 2021 sustainability supplement. Read it for free today

“So up until around 2015, lithium was a chemical used mostly for other things that weren't batteries,” BloombergNEF battery metals analyst Sharon Mustri explained.

“And then the market realized like ‘Well, actually, electric vehicles and energy storage are going to be very important, and this is our main growth market.’ So they started focusing on battery-grade chemicals, and shifting all of their mindset and strategy to meet the demand coming from those markets.”

Prices began to rocket, with lithium producers adding more capacity, raising money, and building new mines. “And then that led to the market realizing a bit after the fact that they had overbuilt and there was a bit of excess capacity. So prices came down, from a peak in 2017.”

This steady decline continued for years. “And then Covid hit,” Mustri said. “Nearly all markets suffered under the pandemic. That includes lithium, so prices went down further.”

Prices essentially reached their costs, “there wasn’t much more room to go down,” so some producers realized they had to close down mines, cut back on production, and delay expansion projects.

“So that helped the market stabilize,” Mustri said. “Now we see the market being in a pretty tight balance. But again - it's a balance in a market that's growing so quick it's quite volatile. If you add a new mine, that might mean you have excess capacity by a lot. Or if EV growth is faster than what we're predicting, then again, that means there’s a shortage in supply.”

Demand for electric vehicles and energy storage solutions is growing rapidly, but it’s not clear what the next decade will bring. Economic woes may lower demand for high-end electric vehicles, while government mandates to phase out internal combustion engines may cause it to spike.

“This decade we estimate there's going to be about 8x growth in the lithium market.”

Tesla's prediction is around 15 times higher than that growth estimate. "Neither of those numbers will probably be right nine years from now."

Making matters more complicated is just how slow much of the lithium production process is. “So in South America, they use this process through solar evaporation that takes about a year to two years,” Mustri said. “And once you take the lithium out of the ground and put it into these ponds, there's not that much you can do to increase or decrease, and you don't have that much foresight into what's going on in the market two years from now.”

That accounts for about 45 percent of global production, with another 10 percent in other regions that are also mostly trapped in two-year cycles.

"We've seen some companies promise to only source cobalt that is traceable, for example. It might come from artisanal mining, but it has to be supervised and there has to be some kind of guarantee that there are standards of labor that ensure healthy conditions.

The remaining 45 percent is produced by Australia, which serves a vital role, as the mining process is far more flexible and able to respond to demand drops and spikes.

"In this past year, they were able to close down mines or cut back on production, because it's literally just rock, right? You can just either dig it up or not, and if you leave it there, nothing will happen to it."

Australia cut back on production during the tail end of the last boom. "They'll keep doing that until the market recovers, which will probably be like, a year to two years from now," Mustri said.

While analysts and businesses differ on their predictions over how fast the market will grow, they all agree that it will grow. While there are some potential competitors, especially in the energy storage space - such as nickel-zinc, liquid metal batteries, and vanadium - most agree that lithium-ion batteries will dominate the next decade.

Where variations are more likely to be found is in the type of lithium-ion battery.

Lithium-ion batteries typically have metal-oxide cathodes, carbon-based anodes and an electrolyte solution composed of a lithium salt, which is dissolved in an organic solvent. That has meant primarily relying on metals such as cobalt and nickel, or even iron phosphate.

Cobalt, the most commonly used cathode, has a problem. For some, it's that prices have risen dramatically due to soaring demand. More pressingly, "cobalt often comes from child labor, in artisanal mining and in the DR Congo." Artisanal mining is the term for subsistence miners that often use their own hands to dig for resources.

Apple, Google, Dell, Microsoft, and Tesla are among a number of tech companies currently being sued by human rights firm International Rights Advocates. Building upon research by anti-slavery economist Siddharth Kara, the ongoing suit accuses the companies of aiding and abetting in the death and serious injury of children who they claim were working in cobalt mines in their supply chain. Around 60 percent of the world’s cobalt comes from the Congo.

"We've seen some companies promise to only source cobalt that is traceable, for example. It might come from artisanal mining, but it has to be supervised and there has to be some kind of guarantee that there are standards of labor that ensure healthy conditions.

"There are those kinds of initiatives. It's up to each person to make their judgments on whether that’s greenwashing or not."

Electrical vehicle companies are more likely to put some effort into improving their supply chains, or at least the image of their supply chains, due to their target consumer. "The consumer buys an EV to feel good about themselves, that they're doing the right thing by the climate, and then they hear news that says actually your EV has cobalt that comes from child labor. And that creates a kind of cognitive dissonance where they might be less willing to buy the EV."

It's not yet clear if there's the same pressure from data center companies or the wider energy storage market, as it is mostly not targeted towards consumers. UPS and microgrid purchasers are recommended to ask suppliers if they can trace their cobalt.

At a national level, there are also efforts to improve the carbon emissions of lithium production.

"Europe is trying to localize everything from the battery manufacturing to the minerals extraction - they're making it very easy for these companies to be financed, and are giving subsidies.”

Mustri pointed to Vulcan Energy, which hopes to mine 'zero carbon lithium' by using geothermal power. “It’s being financed in large part by the German government. Whereas in the US, they're still kind of figuring it out.”

Again, it is not clear what the appetite will be for taking the extra effort and potential cost to ensure that supplies are both ethical and low-carbon.

But if data centers wish to lead the renewable transition, and not just spout greenwash, then the source of their lithium needs to be high up on their agenda. Just as not all renewable energy contracts are the same, not all lithium is the same.