As companies around the world fight for business opportunities in established emerging markets such as India or China, others are looking further afield. But those wishing to do business in frontier markets will face issues including harsh climates, limited infrastructure, and poor levels of security.

“If you do a project in Chad, it’s 50°C (122°F), you need to have the right type of guys on site,” says Tomas Rahkonen, CTO of Flexenclosure, a firm which specializes in setting up data centers in tough environments.

“You need to have people who are used to solving problems under those conditions.” 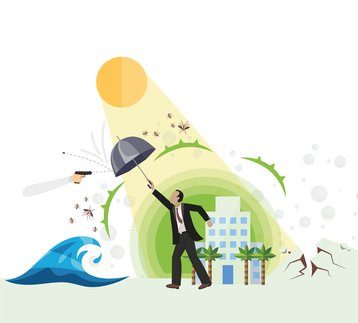 Flexenclosure has built its prefabricated modular data centers in countries such as Chad, Angola and the Ivory Coast.

The key to pulling this off, Rahkonen says, is planning, long before the equipment is shipped to its destination.

“There’s thousands of details in a data center, and you can’t fix stuff easily at the site. If you’ve missed something, forgotten something, done some bad planning, or not brought enough materials, it’s difficult to go down the road and get it.”

Sometimes there aren’t even roads, and the modular facilities have to trek across continents to get to their destination. “With our delivery in Chad, we had four and a half meter wide modules that went through half of Africa,” Rahkonen says, talking about the country’s first data center, a $6m, 374 sq m (4,025 sq ft) installation.

Nick Arvanitis, global marketing director, adds: “A module on the back of a truck can get through some pretty rough terrain.

“But the challenge of getting somewhere as far away from a seaport as Chad is, isn’t just infrastructural, it’s also security. Particularly in sub-Saharan Africa, it’s another level of challenge that one encounters in developing worlds.”

Rittal also makes modules, and its director of international products, Jason Rylands, agrees: “There can be security concerns. In things I’ve done in places like Papua New Guinea you need to make it bullet proof just because the local people will take shots at stuff.”

Transport companies and telcos often turn to security firms to protect their investment, but armed guards can do little against the elements.

By contrast, the Caribbean is particularly humid, “and that can cause condensation,” Rahkonen says. “You don’t want hot outside air hitting cold air.”

Because of this the company prefers “to do penetrations to the modules for cables from below.”

He adds: “We usually have the modules on raised plinths, because there’s quite commonly flooding risks as well.” And then there are the seismic issues - “we have to construct the place to survive an earthquake,” Rahkonen says.

“Also insects,” Rylands adds: “Insect infestations, you get some really interesting insects that like to nest in certain things.” 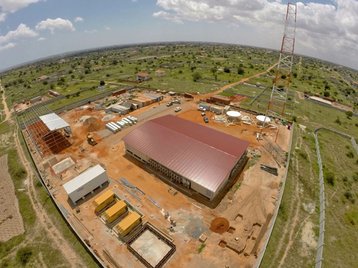 Even if the data center is ruggedized, reinforced and ready to go, areas with unstable grids can be a challenge.

“They will need higher capacity UPS batteries, so actually lithium-ion batteries are being adopted in those sites,” says Victor Cheng, VP and GM of Power System BG, Delta Electronics.

Rahkonen says it can be that the facility “pretty much runs constantly on diesel because the grid is too bad, like in Liberia.”

But before a facility can even begin to start literally burning cash away, one has to raise the funds to finance the development.

“You can have entrepreneurs that are in the countries with a business idea, but perhaps they lack a bit of cash,” Rahkonen says. “So there is quite often a need to be good at working with the credit agencies and helping out with financing.”

Help is exactly what a lot of companies in these markets may need as “their capex is denominated in US dollars, and the local currency is going down against the US dollar everywhere, so the cost is actually increasing,” Zhilei Zou, president of Huawei’s carrier business group, says, referencing the surging dollar.

Despite this temporary difficulty, the market is growing rapidly, and will continue to do so, Wei Peng, VP of CBG at Huawei, believes - and in response, the Chinese networking giant set up a specialized emerging market department at the end of 2016.

But while the market may have its own unique challenges, people everywhere are the same. “As a country develops and more people become middle class,” Rittal’s Rylands says, “they want phones and Facebook, and it’s putting a massive strain on the networks.”

Last year, Kenya’s 5.3 million users only needed about seven or eight racks, says Rahkonen: “It’s quite small compared to developed markets, but the driver is there.”

That changes things. “Suddenly it’s a Western world spec, because if Microsoft wants to put their stuff in a data center in Africa, they don’t want to compromise with their service quality, they want the redundancy, high ceiling heights, and whatever they require as part of their typical colo specification.”

He adds: “It’s actually these anchor clients that shape the spec of the data centers. That’s the market logic.” In that market, telcos are leading, says Rahkonen. They seem to be the most excited, seeing a new high-growth market.

And those telecoms companies have had the luxury of watching their Western counterparts fail to capitalize on colocation. “I think the opportunity is out there for them to take this role and become the colo because their brand is so strong and it’s a technology brand,” Rahkonen says.

“The big names like Interxion and Equinix and Digital Realty - they’re not known in these markets, but Zain is known, Tigo is known, Millicom is known, and so forth.”