The father of the lithium-ion battery believes he has invented a worthy successor. Others aren't so sure. 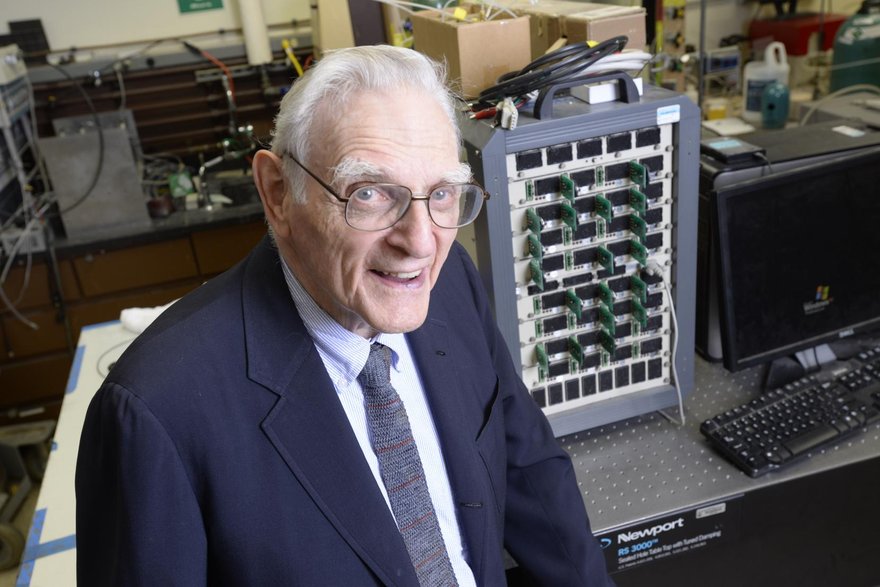 The University of Texas

“I’m living on borrowed time,” John B. Goodenough told DCD. “So we have to live day by day. We never know what’s going to happen.”

At 96, the inventor of the lithium-ion battery could be forgiven for taking a break and enjoying the fruits of his labor. But he is still working, still trying to create a battery that will solve the crisis he first saw coming nearly 50 years ago.

To understand Goodenough’s quest to build the ultimate battery, one must revisit key points in his life, that worked together to push him towards this goal.

The first came at the start of World War II, when Goodenough was studying classics and mathematics at Yale. Knowing he would be spending some time in the Army, the young academic was at a loss over what to do in life. Then he read Alfred North Whitehead’s seminal book Science and the Modern World, which analyzed the impact of scientific discovery on different historical periods.

“I just had a feeling that what I was supposed to do was science,” Goodenough said. “I had no money - how was I going to go to graduate school? I didn’t have the vaguest idea. But I knew if I had the opportunity I should go study physics.”

When the war ended, he was given his chance with President Roosevelt’s G.I. Bill which granted university stipends to help veterans readjust. “I was very lucky,” he acknowledged.

After studying solid-state physics under Professor Clarence Zener, Goodenough was given a job at the Lincoln Laboratory of the Massachusetts Institute of Technology (MIT). There, he helped develop the Semi-Automatic Ground Environment (SAGE) system for air defense. Not only was he part of a team responsible for inventing random access memory (RAM), Lincoln also served as the next pivotal moment in his life. 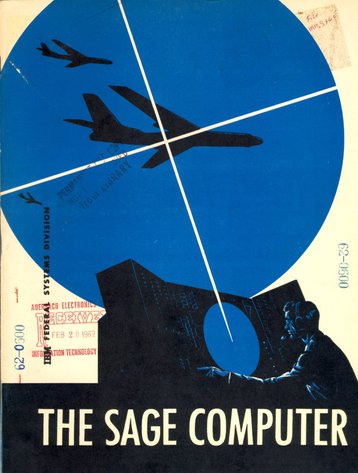 Unfortunately, after a few more years studying magnetism and ceramics, outside forces once again conspired to change the course of his life. In 1969, Congress passed Section 203, an amendment put forward by Senator Mansfield that forbade the use of military funds for research on projects that were not related to specific military functions.

“There came a moment where they said ‘well you’re in a laboratory that is sponsored by the Air Force, and the basic research that you’re doing is not targeted to a mission. You can’t do it anymore.’”

This proved to be one of the most fortuitous lay-offs in modern history. After spending a little over a year working on a traveling-wave amplifier, “the energy crisis came.” Seeing people lined up at gas stations, Goodenough knew he had to work on something related to energy.

“So that’s why I turned to studying energy materials and then I was invited to go to Oxford. And I officially became a chemist at that point.”

The 1970s energy crisis also inspired others. Early in the decade, Stan Whittingham discovered a way to diffuse lithium ions into sheets of titanium sulfide, something that could be useful for building a rechargeable battery, and was given a job at Exxon.

Lithium ions are able to quickly and easily intercalate within layers of titanium sulfide, a reversible process which could allow the creation of a highly conductive, rechargeable battery. With a huge budget, Whittingham’s team set to work on creating the first room-temperature, rechargeable lithium cell. They succeeded, but there was a catch - “within months they discovered they were having fires and explosions in their batteries,” Goodenough said.

“When you charged them, the lithium formed dendrites that grow across the electrolyte and give you an internal short circuit. And that causes fires and explosions. So, at that point, that program was stopped.”

In addition to dendrite issues, the titanium sulfide was expensive, hard to synthesize, and posed health risks, so research was needed to find alternative compounds, such as other layered oxides that could be used.

Goodenough, asked by Exxon to join the team but having chosen Oxford instead, watched the program with interest. “I thought, now I’ve got students that need something to do, and I’ve been working on oxides for a while.”

So he decided to try to solve the problem. By 1980, he had an answer - to use LixCoO2 as the cathode for the battery. The lithium-cobalt oxide proved more stable and lighter than other oxides, and soon proved a success. 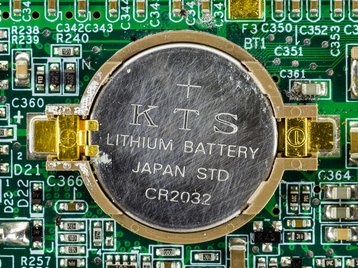 With that invention, and the subsequent boom in electronics, Goodenough became a much-lauded figure in scientific circles, receiving the Japan Prize, Enrico Fermi Award and National Medal of Science, to name a few.

But he was not satisfied with his invention, nor subsequent innovations, such as the identification of LixFePO4 as a cheaper cathode material. “When we were doing it, we had in mind that the people at that time were developing wind farms in order to get wind energy, and photovoltaic cells in order to get solar energy and they needed batteries to store it or those technologies aren’t any good,” he said.

“The wireless revolution was an intermediate step which was very useful for what it did and I didn’t anticipate how clever the electrical engineers were going to be in making all the things that you’re now putting in your pocket… but it doesn’t solve what we originally set out to do - this realization that modern society and its dependence on the energy stored in fossil fuels is not sustainable.”

Lithium-ion batteries have now matured to a point where they are viable for grid-scale energy storage solutions, although concerns still exist about how many discharge-charge cycles they can support, as well as the supply chain issues, with both lithium and cobalt being relatively rare.

Goodenough wants to improve on this, and also wants “to be able to make electric cars that are safe and that you can charge fast. You don’t have to charge them overnight.”

The current liquid electrolyte battery system needs to be charged slowly, and often with the help of an expensive battery management system - otherwise it can form dendrites. The issue is nowhere near as severe as in Whittingham’s original invention, but it still plagues batteries, and haunts Goodenough: “You’ve got to eliminate dendrites, you’ve got to eliminate the safety problem.”

Now, just four years away from his centenary, the inventor is convinced he has the solution, another trick that will remake the world. But this time, something is different. His work has not been hailed as game changing - instead, it has remained shrouded in controversy, with others in the field casting doubt.

Goodenough’s new battery relies on solid glass electrolytes that enable the use of an alkali-metal anode without the formation of dendrites. But the science behind the technology includes claims that it can be cycled 23,000 times without degrading, and that it gains capacity over time. These sound fantastical - and many in the industry say this is exactly what they are.

“It is my belief that the claimed mechanism by which the ‘Goodenough battery’ is said to work is not supported by the evidence given, and appears to violate the first law of thermodynamics,” battery researcher Matt Lacey wrote in an extensive refutation of the new technology on his personal website. “Most of the claims related to the properties of this battery are also not supported by the available evidence.”

“There are skeptical people out there, because they don’t understand,” Goodenough told DCD. “We did answer [the criticism] but they wouldn’t allow our rebuttal be published. That’s because of vested interests and competition.

“We’ll publish. I believe we’ve got a different route. And the problem is the electrochemists do not understand the physics well enough to know what’s going on in their batteries. We have no problems. The point is we do know what we are doing.”

Goodenough has set a timeline: “give us another year,” he said. Even if the science behind the battery, which has both lithium and sodium variants, is sound, it requires a manufacturer to make it. “I have one company that has got government money, and I think they have the equipment and the people that are able to do what needs to be done.

“Prototypes will be made, I am sure within a year or two at most.”

The clock is ticking, but Goodenough remains hopeful. Should he fail, there are plenty of others who are trying to become the battery revolutionaries of the modern age. “This field is moving very rapidly and I don’t know who’s going to put together the best package,” he said. “But I think there will be several different types of batteries that will break into the market within a few years that will use lithium or sodium as the anode and a solid electrolyte, at least for part of the electrolyte.”

“I’m very happy with where we are, what we’ve done and what we’re doing, I’m very optimistic. And if I don’t do anything else, we’ve had a lot of fun learning some new physics.”