Huawei turns to Arm-based AI servers to survive US restrictions

Since the US imposed a ban on business with Huawei, the company has been making efforts to shift its future business away from dependence on US technology.

At this year's Huawei Connect conference in Shanghai, many of the company's announcements were designed to support this. There's a heavy dependence on Arm-based processors, but this may be a medium-term strategy, as future products based on designs from UK-based Arm will be affected by the restrictions. 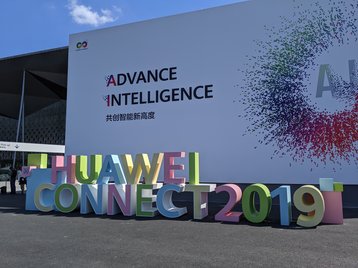 The Huawei Connect conference has been an annual affair since 2016, attracting thousands of participants to the Shanghai World Expo Exhibition and the Convention Center and Shanghai Expo Center across the street. Like similar conferences held by US technology giants like Google, AWS or Intel, attendees sit through impeccably choreographed keynotes where top executives and partners present with giant LED screens to unveil new products or services.

To suit the international audience, multiple interpreters work in teams to provide continuous, simultaneous live interpretation in at least six languages - transmitted via wireless headsets placed on every seat - for hundreds of VIPs and media flown in from around the world. To accommodate those who don’t have access to the keynote hall, the event is live-streamed to thousands more in China and globally.

This year, the first day's keynote saw Huawei outlining its strategic direction in the hot topic of the year: artificial intelligence (AI). As expected, the tech giant highlighted its made-for-AI processors. It was the second day, however, that offered a glimpse of how Huawei intends to thrive regardless of being on the US “Entity List.”

Read today to learn about rack density, deep learning technologies, the role of CPUs in inferencing, the quest for fusion power, and much more.

A call to Arm

On the second day, Huawei announced new systems such as the Atlas 800 and Atlas 300, both of which are powered by the recently released Ascend 910 AI processor. It also unveiled new products such as the latest iteration of the company’s all-flash storage array that incorporates the Kunpeng 920 general processor first unveiled at the start of the year.

Taking to the stage midway through the second day’s keynote, Zhang Lei, the co-founder and CTO of China-based Deepin Technology, announced a new version of the reasonably successful Deepin OS Linux distribution. Due later this year, this release will support “both PCs and tablets,” which implies it will run on Arm, as most tablets use an Arm processor. The Deepin distro is available in 33 languages and has been downloaded more than 80 million times.

Cooperation between Huawei and Deepin could be seen as a move towards independence from US technology, giving it an operating system of its own. The partnership began in 2018, said Zhang Lei, which was the year that Western criticism of Huawei became more pointed, with Huawei’s CFO Meng Wanzhou arrested in Canada in December 2018. A Deepin OS version for Kunpeng-based servers should be available now (it was promised for the end of September) with commercial support from Deepin. The OS incorporates support for both virtualization and container technology, two linchpin components for cloud deployments.

The reason why Huawei is doubling down on the Arm architecture is simple: It has to overcome the need for x86 processors from Intel and AMD – both of which are US companies - and UK-based Arm could be an alternative. It's not cut-and-dried, however, as Huawei could face similar restrictions in the use of Arm-based products, due to Arm's use of US-based technologies. However, Huawei holds a perpetual license to the current generation ARMv8 design that gives it some breathing space.

To be clear, this is not a knee-jerk reaction. Plans for Kunpeng and Ascend have been on the company’s various product roadmaps for some time, and predate the US Entity List, with Kunpeng going back as far as 2007.

However, these processors are now more central to Huawei. Hou Jinlong, the president of Cloud and AI products and services at the company, says Huawei will now release a new processor each year while maintaining full backwards compatibility.

Clarifying the company’s processor strategy at a media briefing, Hou Jinlong explained that Huawei will simultaneously mass-produce the current generation, develop the next-gen ones, and plan for an additional generation of chips. In a nutshell, Huawei is committing to an aggressive development roadmap for its processors in the same vein as traditional chip juggernauts such as Intel and AMD.

This appears to be a fool’s errand at first blush. For a start, the road to Arm-based servers is littered with failed startups, and where even Qualcomm has reportedly given up. But with no substitutes for a general computing processor, Huawei has no choice but to double down on Arm. Indeed, Huawei repeatedly emphasized how its Kunpeng chip offered better “general computing” performance in multiple slides shown at the conference. 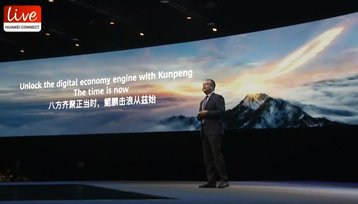 The move to Arm is taking place as part of a larger plan as Huawei seeks alternatives and replacements for US-sourced components. Indeed, the plan to move away from a reliance on US suppliers began right after the arrest of Huawei’s Meng Wanzhou, says the Nikkei Asian Review in a report published last month.

One facet of this entails beefing up Asian technology companies to scale their quality and yields. With $11 billion of goods procured from US suppliers in 2018, that’s a lot of budget to spread around. Other aspects include making a direct switch to suppliers not affected by the ban, as well as rolling out production-ready radio frequency components that Huawei had been secretly developing in parallel.

But those are the hardware parts of the supply chains that Huawei has ample experience and success with. To win the war, Huawei must also get the software part right. This requires a new ecosystem built around the Arm platform. On this front, it is rallying Chinese organizations and government agencies to support its efforts to go Arm. For the latter, Huawei announced the establishment of a joint innovation center with the Beijing municipality to advance developments around Kunpeng as a platform.

At least one agency has already moved to Kunpeng. Pan Feng, a deputy director at the Beijing Municipal Bureau of Economy and Information Technology, said it took just 21 days to port and deploy existing applications over to a Kunpeng-powered private cloud. Touted as the world’s first Kunpeng cloud, the system powering Beijing’s e-government system includes application servers and backend systems such as databases running on more than 2,000 Huawei TaiShan servers, which runs on Kunpeng 920 processor.

Porting software can be tricky, unrewarding work in an Intel-dominated world. To give developers and enterprises an added push, Huawei says it is committing $1.5 billion to the development of an ecosystem around Kunpeng and Ascend in the next five years. It has also released a white paper on the development of Kunpeng Computing Industry Development and roped in partners.

“In order to make sure that Kunpeng and Ascend can provide better service, we need a healthy, robust, industry ecosystem… We will work together with communities and universities to jointly cultivate five million developers so that they can be the lifeblood in the industry of computing,” said Hou Jinlong.

Huawei is cognizant that the road ahead is long, and success will require efforts of herculean proportions. But it also has a foothold in practically every field of information technology (IT), thousands of engineers that could be mobilized to the task, and it is still hugely profitable with revenues in excess of $100 billion that it can tap into.

“A single flower does not make spring. While a hundred flowers in blossom bring spring to the garden. We hope to bring a forest rather than a single tree,” said Hou Jinlong at the keynote, quoting from a Chinese proverb. Huawei has a good chance of succeeding. And if it succeeds, the world order in IT as we know it will be forever changed.