Flexential CEO: building a US giant

Chris Downie heads a US colocation brand with ambitions for hyperscale customers and the Edge. What’s the common thread? 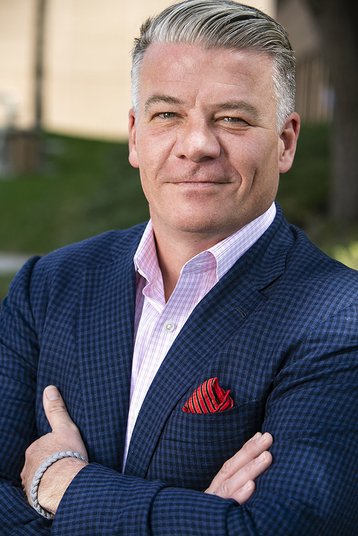 Flexential is a provider that handles all the major data center types, from Edge to hyperscale, across the US. Its leader, Chris Downie, is a man who has been connected with more billion dollar mergers than most.

Downie spent eight years at Telx, building the data center provider into a well-liked brand. After six years as CFO he stepped up as CEO in 2013. Then in 2015, Digital Realty came calling, in the midst of a major period of data center acquisitions. Digital bought Telx for $1.9 billion, a significant deal which marked Digital’s entry into retail colocation.

Downie went to Peak 10 - a provider which had itself been recently acquired by GI Partners for around $900 million. With GI’s backing, Peak 10 expanded in 2017, with the $1.7 billion purchase of ViaWest - an operator with 30 data centers.

It was an interesting deal because GI Partners had previously owned ViaWest (jointly with Oak Hill), and sold ViaWest to Canadian telco Shaw for $1.2 billion in 2014. By 2017, telcos were getting out of data centers, and GI bought it back again, combining it with Peak 10 to create what became Flexential.

“GI Partners has been a big investor in the data center industry for a long time,” said Downie - reminding us that GI seems to have been involved with every other major player: “They were a founding investor in Digital Realty, they created SoftLayer which was acquired by IBM.

"They owned Telx where I came from, which was ultimately folded into Digital Realty. We are fortunate to have them as a partner.”

GI had a specific plan in creating Flexential, said Downie: “Peak 10 and ViaWest were large regional operators. Together, they provided a new market opportunity in that neither legacy company was positioned to serve national demand sets. There's a fair amount of folks that want multiple facilities in East, West, North and South geographies.” 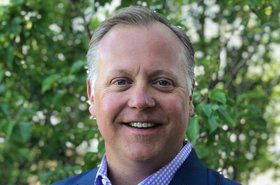 Conference Session Can colocation become an extension of the enterprise edge?

Three years into the merged company, he admits, “not everything clicked overnight. We went through a little over a two year integration process, harmonizing both the platforms. Now we've got some large, capable and scalable operating systems that support the need to grow the business. As we round out 2020 all that integration is well behind us.”

Of course, there’s more to 2020 than that: “It’s certainly been an interesting year. In Q1, I'd say things just sort of seized. It was very difficult for our customers to make decisions, because no one knew exactly where they were working or what was going to happen. Since then, every quarter has accelerated back towards normal.

“We're looking forward to 2021 - partly because 2020 will be behind us - but some of those things can't pause forever. They have to reengage, and early on readings on the vaccine are hopeful.”

The pandemic itself had surprisingly little impact on the data center environment: “Our staff worked 24x7 to watch over facilities, and our environments were deemed essential, so there were no complications from local protocols.

“It confirmed a fundamental part of value proposition: resilience. Our environments are built to withstand natural disasters, so we've got the physical resilience, and process resilience to make sure these environments are not impacted through what could still be a difficult time.”

I don't think anybody's deployed Edge at scale - but I also don't think ‘Build it and they will come’ is a smart Edge strategy. We’re in a good position to be what I call ‘tangible’ on the Edge

Like other operators, Flexential restricted access to multi-tenant environments, and locked hyperscale suites for access by single tenants like AWS. “Our corporate personnel went remote, and we had to control foot traffic through facility. We had to trust that we could do most of the things that needed to be done remotely.”

Since everything worked so well, will here be long term changes? “I think so, but it’s a bit too early to tell. We do a lot for some customers, but some like to do changes on their own.”

Stepping back from that, the first thing that strikes us about Flexential is it wants to do everything, including Edge, colocation and enterprise, as well as selling wholesale space to hyperscalers. Does all that make sense?

He clarifies: “We don't sell large hyperscale footprints, the 10-plus MW deals. Our largest deals tend to be 3-5MW. We do sell to the hyperscalers, but it's more for their localized caching nodes, in multiple markets around the country. And those can be 500kW to 2.5MW, and the scale of our facilities is certainly adequate for those.”

“In the last couple of years, hyperscalers have been advancing into Tier Two markets like Atlanta, Denver and Nashville,” he says, and those deals need good geographical coverage and networking: “Neither legacy company [Peak 10 or ViaWest] could position itself well in front of the Microsofts, the AWSes or the Facebooks, but now at our scale and reach provide a platform that is highly relevant to their requirements.”

The network is important: “I'd say much of the service fabric came from the ViaWest side. And when I first looked at it, I thought it might have been a bit over-architected. But what I didn't appreciate is that it was effectively protected at scale.

“It's ultimately leased from Lumen and Zayo, but it was purchased at 100Gbps, scalable to 400Gbps - and that gives us the ability to provide it to our customers at a very competitive rate without having to go manage third parties.”

The network also links in 16 carrier hotels: “I'd argue that there's not many, if any, that really have that comparable type of network, that really ties everything together and allows for federation to the number of carrier hotels that we have. It allows us to deliver virtualized services - private cloud, data protection, backup, and storage - in a uniform and consistent way across all 20 of our markets.”

There’s diversity within that: “The Hillsborough marketplace up in Oregon is a very good place for larger requirements, given its proximity to California, with the power and the network resources that are available up there. But we've also engaged with a lot of large enterprise requirements in not so technology-centric markets." These include graphics companies in Nashville, a financial institution, in Minneapolis: “We have the scale to serve multi megawatt requirements in several of our markets.”

The hyperscalers, or “technology companies” as he calls them, have uniform requirements, and need more power: “The technology companies tend to be more advanced, if you will. In the enterprise sector, they're density sensitive but they're not built with that same server structure.”

Enterprises are likely to have different needs: “In the financial vertical, they tend to have very significant requirements on the security side. They'll want different physical security, a different entryway, and different access because they've got their own regulatory requirements that they need to solve for.”

The Edge is a natural development for a provider with facilities in Tier 2 and Tier 3 cities along with a good network, and for Downie it’s important to make it real: “I don't think anybody's deployed Edge at scale - but I also don't think ‘Build it and they will come’ is a smart Edge strategy. We’re in a good position to be what I call ‘tangible’ on the Edge.

“There are people are using the Edge word, who are not in geographic areas that are more ‘Edgy’ than New York or Chicago, and nor do they have the ability to federate from remote environments. I do think it's not tangible if you don't have the network.”

Flexential’s Local Edge project is a partnership with cell-tower provider American Tower, which will own the locations where it is deployed: “They could put a modular data center unit just about anywhere, given the scale of their platform. That partnership really gave us the ability to establish some prototypes and begin to appreciate how to deploy in these environments.”

It’s practical work: “For us it was very important to make it tangible otherwise it is just marketing." Flexential worked through use cases including the different Edge requirements of content delivery networks and enterprises, and the availability of power, fiber and backhaul networks - along with the crucial issue: How much will it cost for end user to deploy?

“We are beyond the experimental stage. We are deploying, but the true market has yet to be defined,” said Downie. But right now, he can walk into a room and say: “Hey, our Local Edge product can be deployed anywhere you think you need it. We can put it just about anywhere, we have the network that can support that workload, and those computer requirements. Let's work together and figure out where you want to go.”