Edge computing is a new field. There are lots of startups, they’re making lots of noise, and they have lots of different approaches. So how do you tell where the real opportunity is? Scott Willis thinks he has the answer.

In 2019, Willis was at equity firm Astra Capital, helping it look at the Edge market. “I got involved with Astra last Fall, evaluating target companies,” he tells DCD. This year, Astra chose to invest in DartPoints, an eight-year old Edge data center player - and appointed Willis as the new CEO in March 2020

This article featured in issue 38 of DCD's Magazine. Read and subscribe here! 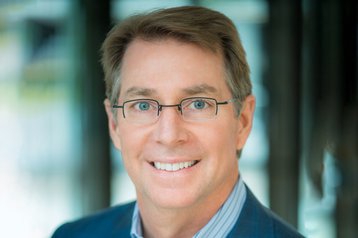 Looking for the investment opportunity

Astra Capital took a macro-level look at Edge: “Networks driven by a few centralized hyperscale locations won’t meet the future demands of the traffic across the networks, from applications such as AI, autonomous vehicles, telehealth and agriculture. Today’s architecture won’t support that type of demand. The networks are decoupling and pushing capability out to the Edge where requests need to be processed locally.”

But what’s required to meet those needs? While some Edge start-ups are pushing ideas like small Edge boxes at cell towers, Astra was looking for a section of the Edge market that was mature enough to invest in.

“If you are going to be a player in that sector, you have got to understand what your strategy is and what’s the market sector you’re going after,” says Willis.

“Even today, Edge is very much in an evolving state,” he explains. "From the original buzzword, it has developed into something different from what people originally thought. Some companies will be successful at cell towers, and there will be a number of different types of distribution points that will be referred to as Edge.

Edge in the Modern Age Supplement

An inside look at the evolution of the data center edge as the world emerges from lockdown. FREE to download.

DartPoints has a defined goal: extending the virtues of carrier-neutral colocation data centers to customers outside of the main hubs: “We are focused on building Edge data centers in underserved markets: Tier 2 cities, outside the largely saturated Tier 3 and Tier 4 markets.”

That’s a good investment bet because those “traditional” customers are there already, while augmented reality and autonomous vehicles are still in development, and DartPoints uses existing fiber, not proposed 5G networks.

“Those central locations are in no one’s imagination going away,” he says, as they have the advantages of cheaper land and power. DartPoints aims to pick up customers for whom that model does not work.“We lose some of the benefits of concentration and scale, but there are disadvantages to users in those underserved communities. Higher end enterprises have to pay a significant transport cost, to backhaul to these locations. Edge can give them the same benefit at a much lower cost and better performance level.”

DartPoints can offer its customers the benefits of lower latency and cheaper communications, but it still has to compete with large facilities that have the economies of scale. And that takes some engineering.

Hyperscale players serving big hubs can have many MW of power, and hundreds of square feet of space, he says: “We’re booking from 60kW up to 200kW; 10 racks or maybe 40 at the high end, delivering the same capability to that underserved community.”

“We have to develop an architecture that is more robust and delivers the same performance, so end users get the same experience, the same well-tuned fundamentals, as someone in Dallas or New York. When a request is made locally, we process and store it locally, with the ability to go out to the wider Internet.”

Hyperscale players have to manage multiple locations, but DartPoints has to go further: “We are managing many times more locations, with smaller footprints,” he says, and that affects design, operational support, customer care and security, among other things. DartPoints has to implement all this consistently across data centers, to streamline its own costs, and also to allow customers to deploy to multiple locations.

“We have to develop an architecture that is more robust and delivers the same performance [as the cloud], so end users get the same experience"

Despite this, DartPoints does not have a single standard design. “We don't try to apply one box or one size to every single location,” he says. “We come into a market and determine the market need by analytics - and then look at the best solution.”

Some DartPoints facilities are outdoors on land which has been purchased or leased. Others are in leased space inside an office building or in an existing building that DartPoints has bought and converted. “It is what happens to be the best for that particular market,” he says.

DartPoints has a central network operations center (NOC) but each facility is more or less autonomous. “We can’t afford to have manned resources at every one of those locations.”

Willis plans to have a regional structure to support those locations, perhaps with a support partner: “As we get more scale, we could look at working with a third party organization that has a large footprint of tech resources round the US.”

Repairs and maintenance could be controlled from a central location and dispatched using third parties, he says. This sort of challenge is inevitable for the multiple locations which Edge demands, and Willis wants DartPoints to be the first company to crack the problem.

The end result could be that DartPoints is a logistics company for virtual environments, he muses: “Mobile people who fix things will be a critical part of it.”

Willis’ future plans are based in three year chunks. DartPoints is currently focused on four US regions: the Southwest, central mid-West, Southeast and mid-Atlantic: “That’s 32 of the 50 states. Over the next few years, those are the target markets. The Northeast is too competitive.”

After starting in Dallas, DartPoints is using its Astra money to extend to places like Iowa: “If you have an agriculture or educational application, it can be delivered in a cost effective way without backhaul into Dallas or Chicago.”

Willis is using analytics to pick the right locations, where there are customers and expertise, and upstream fiber connections. “DartPoints is by no means a build-it-and-they-will-come player. We do the analytics, and then target those customers, including enterprises and content delivery networks (CDNs), that want to participate in the market we want to create.”

One major requirement is fiber networks: “Whether I’m a hyperscaler sitting in Virginia or New York, a Tier 3 city, or a mid-tier city like Atlanta, the backbone of what enables this is fiber connectivity”. At the higher end of Tier 3, Atlanta has many fiber providers. Other locations may not have the same number, admits Willis: “But the requirement doesn’t go away.”

Targeted acquisitions of buildings and networks are likely: “We’re looking for regional facilities that give us greater reach within those regions”

The trouble is, realistically, if the fiber isn’t there, an Edge player like DartPoints with smaller customers won’t have the muscle to get it in: “If that foundation isn’t there, there’s not much I can enable to put it there. Dartpoints is not in the fiber business.”

But in new markets, DartPoints has to have an open mind: “We may get into locations where we can make investments to put fiber out to a meet-me location to a fiber provider that is compelling to us,” he says. “That’s not our core, but if we truly want to build robust connectivity in a market, there are clearly going to be environments where we have to deploy some fiber to support those initiatives.”

With Astra’s backing, Willis does have capital to deploy: “Where we’ve determined there’s a need, with a potential and perspective customer base, we can start deploying capital.”

Targeted acquisitions of buildings and networks are likely: “We’re looking for regional facilities that give us greater reach within those regions.” Those acquisitions will be looking at people as well as data centers, “or a combination of both.”

Despite starting from a fairly traditional view of data centers, Willis can’t help looking at the mobile experience as well. Before his time at Astra, he was CEO at Zinwave, an established wireless company with a distributed antenna system (DAS).

DartPoints doesn’t have plans in that direction but, given the poor delivery (so far) of 5G, DASs are exactly the kind of thing that Edge players are now pinning their hopes on to deliver localized applications in buildings and on campuses: “Most people would agree that the in-building experience remains a challenge,” Willis tells us. “75 percent-plus of all mobile traffic originates indoors.”

Starting all this in a pandemic has made surprisingly little difference to DartPoints, especially as others have presented Covid-19 as both a doom and savior of the Edge.

“Covid has been a double edged sword. Yes, it’s probably slowed us down, as customers have been impacted,” he admits. Some firms have cancelled new projects.

“On the flipside, as a result of Covid-19, the demands put on our architecture have been amplified. It’s created a realization across the industry, and amplified almost overnight the way we use the infrastructure. The pandemic has accelerated adoption, and the recognition that our architecture has to change.”