Becoming a part of the community

To build in cities, data centers need to become a part of cities. That means looking nicer, and helping out the grid

Let’s be honest: For local communities, data centers can often be a tough sell. Sure they bring jobs, but not many. There’s some revenue, but it’s usually offset by tax breaks. But beyond that?

It’s this perception that has led to some areas turning against data centers, most notably Amsterdam, which in the summer of 2019 placed a moratorium on new builds (now set to be lifted). “I think one of the biggest problems they have is that Amsterdam does have a lot of data centers and they do produce these dead areas in the city,” Chad McCarthy, Equinix’s global head of engineering development and master planning, told DCD. 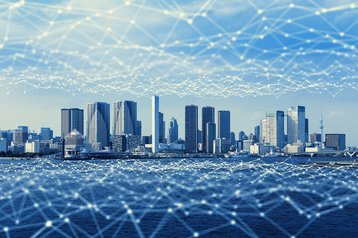 Explain why you're needed

Some of the criticisms against data centers are based on unfair presumptions, McCarthy believes, but others are grounded in truths - ones that data centers need to learn from. "You’ve got these large, cubic, plain grey buildings, and big gates outside - no one's really walking around," McCarthy said. "They don't really see that as how they want Amsterdam to be. Amsterdam is a lively place and they don't really want it to look like that."

This is not just an issue with picky Dutch architects, but a wider sentiment shared by many. "I’ve seen a lot of these data centers in Santa Clara and they’re just big, blank boxes; they’re disgusting, they’re just so ugly and when I look at the picture of this one, it’s just one big white plane that’s not interesting," Planning Commissioner Suds Jain said of a RagingWire facility when discussing whether to approve the construction.

"I don’t understand how we allow this to happen in our city."

Even outside mass conurbations, there are those calling for more care in data center design, with Loudoun County officials last year begging for data centers to be better looking, lamenting the hundreds of identical rectangles dotting the landscape.

"We're starting to provide green areas, cafes, and scenic walkways through the campus like universities do," Equinix’s McCarthy said.

"If data centers are in the city center, they have to be integrated and have to be part of the city infrastructure."

That does not mean blindly following planning officials’ every whim, however, with McCarthy sharing his distaste for "the number one request" - vertical green walls.

"I mean, that is one of the most pointless things you can do from an environmental perspective, it's not easy for plants to grow on a vertical surface, you need to use a lot of water to keep it alive, you have to pump the water up to a great height because these things are typically about 30 meters tall. And it's a complete waste of energy. It is an illusion, we need to move away from things which just don't count, and start looking at what really counts."

"Once it gets to that point, then you can imagine you're sitting in your apartment at home and you've got your feet on the sofa and you're watching Netflix," McCarthy said. "Yes, you're causing heat in a data center when you watch Netflix, but you're using that to heat your house - and by the way, it's heat which is a necessary byproduct from the power that's generated to run your television."

But an integrated community energy scheme has yet to be rolled out en masse outside of some Nordic nations. "I tried to do adsorption cooling in Frankfurt using waste heat from a coal-fired power station," McCarthy said. "And it was just impossible to negotiate terms."

The company would have had to pay for additional heat rejection, the region didn't have an appropriate district heating network to pass on the remaining heat, and the power station wanted to charge exorbitant fees for the heat because they had a sweetheart deal to use river water for free.

"And so this is what we're up against - we're after a complete modernization and a recalibration of the energy market."

As we shift away from fossil fuel power plants that create waste heat for steam turbines, and move to wind farms and solar plants that don’t create excess heat, data center waste heat could become even more important to communities.

Renewables could also give data centers another vital role in society - as grid stabilizers. Using UPS systems for demand response is already being trialed, but could roll out further as data center operators and customers get used to the concept. "It's just one of those inertia factors that has to be overcome for that to work," McCarthy said.

"But from a technology perspective, batteries in data centers can be dual purpose. They can cover grid outages for the data center, but they could also stabilize the grid as well."

"Currently you’ve got a five-minute battery supply and diesel generator," McCarthy said. "It isn't easy to use a fuel cell as a backup source, it takes too long to start." So, in that scenario, you’d likely use the fuel cell as your main source of power, and fail over to the grid. "But the grid is not under your control, so failing over to something which is outside your control is not really acceptable at this point in time, and so that would point you would need very long battery periods, which only really makes sense if you're dual purposing for grid stability.

"So if you were stabilizing the grid and you had something like a four-hour battery then the fuel cell without the diesel generator, I think is something which is very realistic."

But, McCarthy cautioned, "you can see that we're moving this specification a long way from where it is now."

Much of this will rely on new technologies, government incentives, and regulations - and Equinix notes that it is in talks with the EU on the latter two points. But until then, data centers should focus on a simple task: Being better neighbors.

"We need to completely change the way we think about how we live in the community," McCarthy said. He’s hopeful such moves will nix "a perception which has grown over time and it's been left unchecked" that data centers are bad for communities.

"The data center is the platform of that digital economy. That interchange of data, the storage of data, and the availability of data is really largely responsible for our standards of living today, even more so right now."