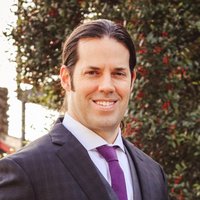 A 2004 Electrical Engineering graduate of The William States Lee College of Engineering, Kennedy has been involved in electrical switching equipment and circuit breakers for large buildings for more than 20 years. He worked as an electrician for five years before starting his college career. While at UNC Charlotte as a student, he continued to work on large high-profile projects such as the electrical systems design for the 47-story Hearst Tower in uptown Charlotte. After graduation, he worked on the Wells Fargo Securities trading floor in the Duke Energy Center.