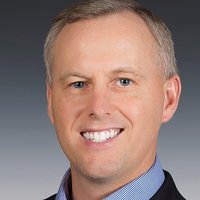 RJ Johnson is the Vice President of Renewable Origination for NextEra Energy Resources. RJ and his team are responsible customer engagement and contracting wind, solar and storage facilities in North America. Previously RJ was a founding member of the NextEra Energy Storage team, and was responsible for commercial development of wholesale and distributed energy storage systems. RJ began his career at NextEra Energy as a wind developer leading cross-functional teams to develop facilities in California, the Pacific Northwest, Texas and the Mid-West. Prior to joining NextEra Energy Resources, RJ served as a Captain in the U.S. Army where he had roles as a Platoon Leader, Executive Officer, Adjutant and Assistant Operations Officer in the 4th Infantry Division. RJ holds a degree in civil engineering from the United States Military Academy at West Point, and an MBA from the University of Chicago Booth School of Business.