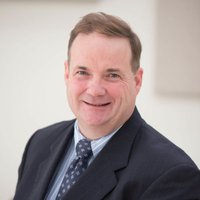 Peter’s love of understanding brains began at the University of Toronto while doing his undergraduate degree in computer science in the early 1980s. After scanning the world of AI researchers to do a degree under, Peter found Dr. Eliasmith right here at the University of Waterloo in Southern Ontario. Peter believes that Chris and his lab team’s work is ground breaking and is the world’s first scaleable architecture for building true cognition.

Peter has been a director on over sixteen technology company boards, a venture capitalist, a CEO and a technology company founder in the software and robotics sectors. Previously President, Co-Founder & Director then CEO at PharmaTrust where he grew the company with capital and sweat equity from April 2006 to his resignation in June 2011, during which time the team built great technology, changed laws and all in all did the impossible together for the company’s first five years. Prior to that Peter was V.P. Investments at Growthworks Capital Inc., and prior to that principal at Start Seed Capital. Peter started his first company, the award winning SRG Software, while a student in computer science at the University of Toronto.

Peter spends his non-work or study time with his wife and their two young children, skiing and playing as much as they can together.