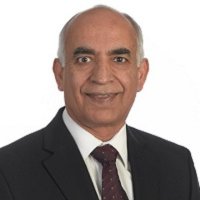 Dr. Khattar’s work has earned him several ASHRAE Technology Awards, including one for the design and operation of an ultra efficient cooling system in an enterprise scale data center in 2014 and another one high density containment in 2010. His work also earned an award for Oracle in 2014 from Data Center Dynamics for Breakthrough Technologies in Data Center. He was inducted into Space Technology Hall of Fame in 1990 for his RD&D work on heat pipe technology. He served on the Board of Directors of the Green Grid from 2010-2012 and co-chaired the Energy Committee of the Silicon Valley Leadership Group from 2010-2012. He has been a voting member of the ASHRFAE TC9.9 that is focused on data centers mission critical facilities.