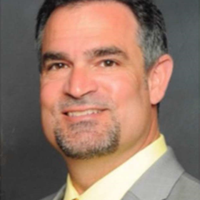 Jeff Ronan is the senior Building Automation design engineer at Facebook. Jeff has worked at Facebook for over nine years and was part of Facebook's initial design and build program for their first home grown greenfield data centers in Prineville, OR and Forest City, NC.

In the years since joining Facebook, Jeff has led teams of internal and external partners to design and build complex automation systems in dozens of new state of the art Data Centers across six countries, in three continents. To date and still growing, Jeff has overseen the development of over five-hundred million dollars in capital expenditures for building automation systems in Facebook Data Centers.

Jeff has been in the building automation industry since 1991 and prior to working at Facebook was an Operations Manager for a regional controls company in Charlotte, NC. Throughout his career, starting as an installation contractor where he earned his electrical contractors license, Jeff was also proficient across the various disciplines within BMS to include Commissioning, Engineering, Programming and Project Management. Prior to entering his career field of choice, Jeff served in the United States Army First Cavalry Division for four years. Jeff has product certifications in Tridium R2/AX, Alerton, Honeywell, Staefa and Modicon.