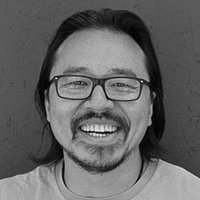 Jack has over 20 years of user interface and product development experience in Silicon Valley and served as advisor to companies like EventBrite, Geni and Yammer.

Early in his career, Jack was employee number three at eGroups, which was by acquired Yahoo! in 2000 and later became Yahoo! Groups. Jack left Yahoo to become the Creative Director for Tickle, an online ad network acquired by Monster in 2004. After Tickle, Jack embraced his entrepreneurial spirit and started a software company that went on to develop web-based software for Facebook, Yahoo!, AOL, Pepsi and other Fortune 500 companies. This experience served as a foundation for Jack to start 50Cubes, a gaming company that blended art and technology and generated 14 million monthly active users in less than a year. Jack's latest endeavour is Nightingale Security, the world's first Robotic Aerial Security company. Jack co-founded Nightingale with John Hsu, a childhood friend and former SpaceX engineer who shares Jack's lifelong passion for aviation and robotics.