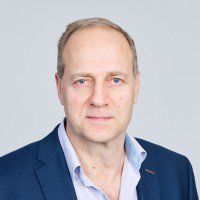 Guy is the Global Reliability and Technical Director at CBRE, responsible for 600 data centers and 2,500 technicians in 43 countries. Previously, he was in the Royal Navy for 34 years, with Babcock International Group for five years and at Raytheon for one year.

As a nuclear submariner in the Royal Navy, he was as mission critical as you can get. He also worked as the Design Authority for mechanical systems, the Fleet Engineer for all technicians and the Chief Engineer for the next generation of nuclear reactors.

At Babcock, Guy ran the engineering design house refining large scale M&O programmes for the Fleet as well as designing the future of digital twin and AI-driven support solutions. This involved a major crossover with the aircraft industry as well as factoring in Industry 4.0, IoT and Cloud Based computing platforms – the beginning of his journey to the Data Center industry.

At Raytheon, Guy worked as Project Director for the future of simulators for whole crew training (akin to a Star Trek hollow deck when it is fully operational).

Guy’s experience provides a unique perspective to compare data center M&O maturity to his previous mission critical operations. He’s also passionate about the unlocked potential of skillset crossovers between data centers and submarines/ ships, and is on a mission to recruit more veterans in the future.